Report: Is Khloe Kardashian O.J. Simpson’s Daughter – He Thinks So! 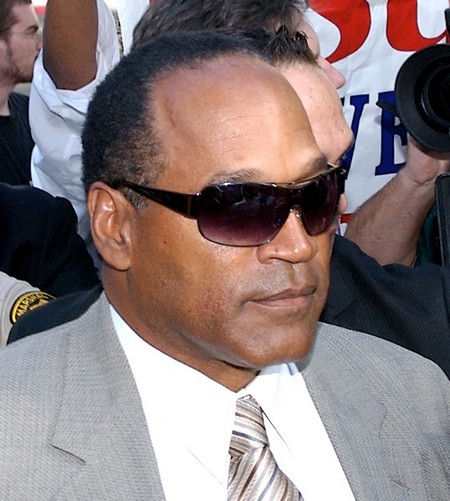 O.J. Simpson will be including Khloe Kardashian in his multi-million dollar will when he kicks the bucket one day. This is a shocker, right? According to The National Enquirer, “O.J. believes Khloe is his natural-born daughter through his affair with Kris Jenner when she was married to his buddy Robert Kardashian – and he wants to do something about it.” Uh-oh! Where’s that “Ooh” cat from Puss In Boots when you need him? We all know Kris Jenner hasn’t been the most forthcoming about her slew of affairs and that she has had more sex in her lifetime than a sexually addicted Energizer Bunny, but do we believe this? Let’s do some investigation, shall we?

According to the source at The Enquirer, “At 65, he’s tired and becoming increasingly aware he may not ever leave prison alive. He says he wants to ‘do the right thing.’” Isn’t that a bit odd coming from O.J. Simpson? He hasn’t done a good thing in his entire life, so why would he decide to finally confess? Two wrongs do not make a right and O.J.’s oldest daughter Arnelle might soon be cut out of the will to make way for Khloe Kardashian, due to Arnelle spending his money on alcohol and lavish parties. O.J. will only be eligible for parole in 2017, but he could also end up having to serve his entire 33 year sentence if the parole is not approved. He will be 98 years old and will be dead by then.

O.J. has been pleading poverty ever since his incarceration, but The Enquirer exclusively reports that O.J. has stashed away a fortune to the tune of $2 million in the Cayman Islands. Khloe doesn’t need this money, as she has already amassed a fortune as one of the Kardashians. We highly doubt Khloe will accept O.J.’s blood money, even though most are saying she will. We will be giving her the benefit of the doubt this time around.

Another source close to the situation adds, “They [his children] think he is a real jerk for taking out everything on Ar­nelle, who uprooted her life in Los Ange­les to move to Florida to take care of him. By cutting Arnelle out of his will, his kids feel O.J. is being cruel. And they think that adding Khloe is just plain revenge. I’m sure if O.J. kicks the bucket and leaves Khloe money in his will, she’s not going to turn it down.”

Dear O.J., might the fact that you will be rotting in jail for the next few years have anything to do with these recent revelations? Let us know in the comments below if you think O.J. Simpson is a nasty, horrible man.