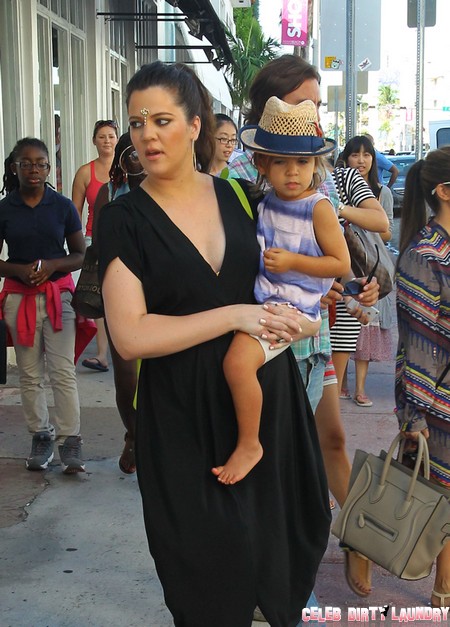 We know by now that Khloe Kardashian is yearning for a little pink foot to call her own, but what we don’t know is that Khloe is planning to adopt a baby if she doesn’t fall pregnant by Christmas. Khloe needs to do some pillow talk with Lamar Odom, because Christmas is a hop, skip, and jump away! According to Life & Style, as reported by Jezebel, Khloe is not pregnant, nor is Lamar planning to get her knocked up anytime soon – he is rather focusing on being a dad to his two children from a previous relationship. Oh no, Rosemary! What will become of your baby?

Khloe’s struggle with conception has been widely documented in the media. The speculation mill has also been churning out some of the most ludicrous stories, including “Khloe Kardashian Asked Alien To Help Her Get Baby”, “The Real Reason Why Khloe Can’t Conceive – She’s Actually A Zombie,” and one of our favourites, “Khloe Kardashian Will Be Cloning Her Sister.” Nah, we’re only kidding, these titles are as fictitious as Kris Jenner’s smile.

In all seriousness, we actually feel a tinge of sympathy towards Khloe. How horrible must it be to live in the shadow of Kris Jenner and Kim Kardashian? Dude, if Kim were our sister, we’d have already bitch slapped her into another season. And that Scott Disick dude, well, we all know what rhymes with sick, don’t we?

Khloe’s gig on The X-Factor USA will catapult her career into the stratosphere of Mario Lopez’s shiny white smile. We believe it’s only a matter of time before Khloe dilutes the glue that sticks her to her family and rips off the familial bonds that bind her to insanity. Will she be leaving Lamar when fame hits the excrement in the fan? Most probably, yes, but hopefully then she might be able to give birth to a tiny Kardashian.