Khloe Kardashian Fertility Woes – No Babies for Her and Lamar Odom! 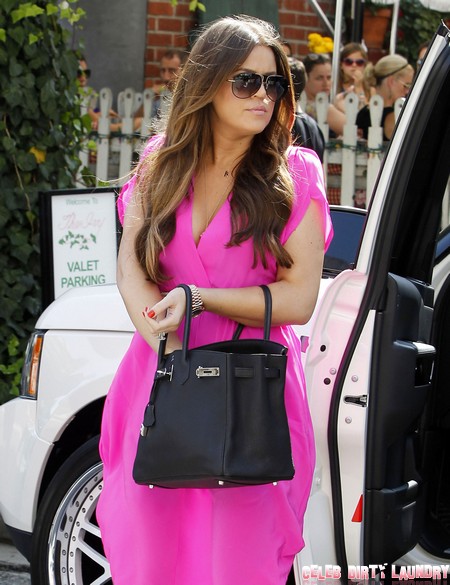 Last night we watched Khloe Kardashian find out some devastating news: she isn’t ovulating. For those of you who don’t speak uterus, ovulation is the process of a mature egg being released from the ovary, travelling down a fallopian tube, and reaching the uterus, where it can then be fertilized. So, in layman’s terms, Khloe isn’t producing eggs, so there is nothing to fertilize!

There can be several reasons that ovulation doesn’t occur, and it looks like Khloe will be telling her family (and, more importantly, her husband Lamar Odom) more specifics next week on the season finale. It doesn’t look like this is a trick though. During the narration on the show (when the cast sits in front of the blue screen and gives the “what I was thinking” bits), we see Khloe cry as she talks about the trip to the doctor. As those are normally filmed after the final season has been cut together, it makes me think that nothing good has happened since that trip to the doctor.

So what does the future hold for the Odoms? The doctor said that Khloe’s hormone levels are in normal ranges, but I would bet that there are fertility treatments that could increase the chance of ovulation.  Can you imagine a Kardashian Octomom?  I’m sure Kris Jenner would be in favor of that ($$$). They may do a procedure to check and see if she has any healthy eggs. Otherwise, the couple, who have been trying for a baby since their wedding three years ago, may turn to egg donation, surrogacy, and adoption.  Would you donate an egg to those freaks?  Maybe a duck egg.

My vote is for adoption. But what would Kim Kardashian think about that? So many beautiful children need homes and Lamar and Khloe have so much love and level-headedness to share. Of all the sisters, I think they’re in the best position to have a family. They have such a stable relationship. We will tune in and see what happens next week, but until then, we hope that the Odoms stay strong and consider adoption! No need to pour hundreds of thousands of dollars into fertility treatments.