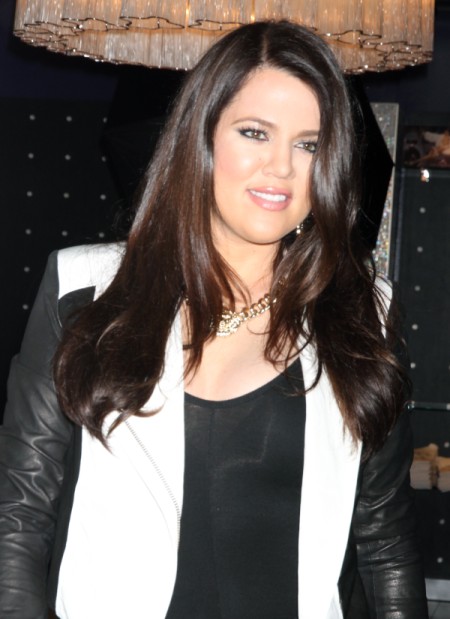 Khloe Kardashian’s post-Keeping up with the Kardashians career is looking pretty good all of a sudden. Sources told TMZ that The X Factor is totally on board with Khloe taking over the hosting duties for the reality singing show.

The outspoken, generally well-liked Kardashian sister was one of many who auditioned for show creator Simon Cowell and was easily considered one of the best, and since the show is obviously catering to a young, hipper audience, courtesy of Britney Spears and Demi Lovato, Khloe seems like she’d be the logical best fit. Papers haven’t been signed yet but the source added, “There’s at least an 85% chance she’ll get the job.”

Those are pretty good odds.What do you think of Khloe hosting X Factor? I’m excited for her. Kim Kardashian may be the pretty one but she’s absolute sh-t on camera. Khloe’s more natural and can talk to people without touching her hair or thinking about what she’s going to say next. And she’s FUNNY and quick which will make good television.

Poor American Idol. This is definitely another coup for X Factor which has a full panel of stars and now a host. American Idol has Mariah Carey… and that’s about it. Rumors are running rampant that Nicki Minaj and Keith Urban are working out deals but the show wants a fourth judge and no one has any idea who that might be. It’s running out of time! And now X Factor bagged a Kardashian. Idol should raise it a Miley Cyrus!

How will Khloe do as X Factor host? Do you think this is her big break out of her family’s shadow? Can you see her having a career as a TV host/commentator? Kelly Osbourne made it happen. Why not Khloe?