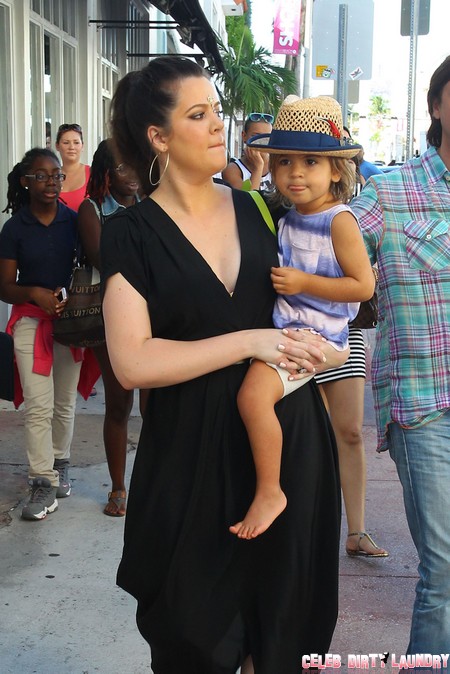 Khloe Kardashian has been the front-runner for The X-Factor USA hosting duties for the past few weeks, with Simon Cowell having dropped her name during an Ellen DeGeneres episode and most entertainment news outlets pointing their blistered fingers at the Kardashian sister. Well, if she gets this gig, they’ll be all out Kardashian war. This will be unlike anything we’ve ever seen, so much so, that not even Bruce Jenner’s hairdo would be able to swoop in and save this famdamnily.

The National Enquirer reports that Kourtney and Kim Kardashian are pissed. A source revealed, “They know that if Khloe gets the X-Factor gig, it will occupy so much time that she won’t be available for their television show anymore.” Well, you better hang on to your hats bitches, because we there’s a very strong chance that Khloe will become the face of X-Factor USA (as if the show couldn’t be any more doomed to begin with…) The irony of it all is that Kim left the Kardashian trio in the past to focus on several of her own projects, and that Khloe was reportedly unhappy about her sister’s departure. The source added, “Kim launched her own fragrance, was a judge on Project Runway and made an appearance on America’s Next Top Model, but now Khloe is doing exactly the same thing, prompting Kim and Kourtney to call her a hypocrite.” Tsk, tsk, sissies from the underworld, obviously Khloe is as hypocritical as a meat eating vegan!

The source said in Khloe’s defense, “Khloe defended herself by reminding her sisters how she resisted striking out on her own when contacted by the weight-loss company Quicktrim to be their spokesperson and included them in the deal, so they all made a ton of money. Hosting X-Factor is a huge opportunity for Khloe, and she bluntly says her sisters can take it or leave it.”

Mama Kris Jenner wants nothing do with the feud. The insider added, “Kris is the only one who isn’t too upset since she’s Khloe’s manager and stands to get her cut anyway. Still, she doesn’t like to see her children fighting like this.” Hey, Khloe, now that you’re going to become one of the most famous faces on the planet – well, if the new viewership figures are to be believed; only a tiny portion on the buttock of America will see her on television – why don’t you plan ahead and invest in a new mother and sisters? They either want to use and abuse you and/or exploit you for the show, so why don’t you skip ahead a few years and become the bitter old bitch who blames her alcohol abuse on her mother and her family?