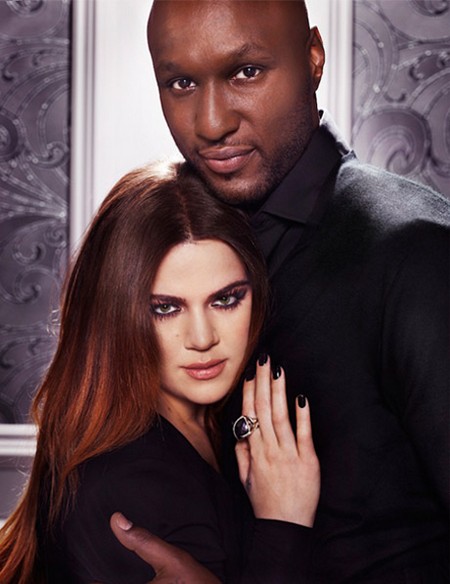 Khloe and Lamar returns tonight with episode 9 of season 2 called ‘Khloe visits Malika.’  Stand by as we live blog the episode with all the up-to-the-minute details.

On last week’s episode the pressure Lamar Odom was feeling to perform well on the court began to affect his mental game.  Lamar told sister-in-law Kim he was comfortable when he was playing with the Lakers and when someone just tells you to pick up and go you’re uncomfortable.  Kim also asked Khloé if she is jealous that Kourtney is pregnant again.  Khloé can’t handle the pressure of everyone questioning when she’s going to get pregnant.  If you missed the episode you can read our full recap here.

On tonight’s episode Khloe takes a short trip to Los Angeles where she visits friends Malika and Khadijah Haqq at a photo shoot.  She tells her friends she is really loving Dallas’ Southern hospitality, but that it’s hard not having friends in Texas, she is lonely.  Khloe is really worried about hubby Lamar, who hasn’t been as close to his best friend, Jamie Sangouthai, since moving.

Meanwhile rumors have been circulating that Lamar Odom is blaming Khloe Kardashian, their reality show and her family for getting kicked off the Dallas Mavericks?  I am guessing we may not see Season 3 of Khloe and Lamar.

We will be live blogging the show with all the up-to-the-minute details at 10PM EST so make sure to come back to this spot and watch the show with us. Refresh often to get the most up-to-date results

RECAP: Lamar has to go to a bonding dinner with his team, he also shares with Khloe that he has a game coming up against the LA Lakers and he is not looking forward to it. Lamar hopes the fans know that he didn’t want to leave, this is going to be very emotional.

Khloe and Lamar are back at their home in LA, they are both excited. The doorbell rings and it is Kourtney and Mason, Lamar finds it really hard not to concentrate on the game. Lamar’s barber comes over to clean up Lamar before his game. Jamie is also over and he cannot understand what Lamar is going through. Later that night, Lamar tells Khloe that Jamie was acting a little selfish, he didn’t even ask Lamar how he was doing. Lamar is surprised, they have always been close and when Lamar’s son passed away, Jamie was with him.

The next day, Khloe is with her younger sisters and she tells them that as soon as the season is over, she is heading back home. Khloe finds the move to Dallas has been hard and scary, she was taken away from her family in just a few days.

Since Khloe is in LA for just a short time, she heads over to Malika’s photo shoot. She tells her that people in Dallas are very nice, but they don’t need anybody. Malika asks Khloe if maybe Lamar needs to have Jamie, but Khloe tells her that Jamie is being a much more me, me, me, Jamie. Lamar has a hard time with confrontation, so Khloe takes it upon herself to confront Jamie.

Khloe is at home, Jamie arrives and tells her she is there to pick up the Laker tickets. She tells him that Lamar is hurt because Jamie said that he lost the VIP treatment since he left for Dallas. Jamie tells her that he didn’t mean it like that and takes fault for what he said. Khloe tells him to call Lamar and discuss it with him.

Lamar is on the way to the game, Jamie calls him in the car and apologizes. Lamar is ready to get this over with, he has so much nerves and anxiety about this game.

This is going to be an emotional home coming, it’s game time for Lamar but Kris is there just before to give him inspiration. Khloe herself is having a minor panic attack, but is keeping it together for Lamar.

Lamar’s stomach is rumbling, he is really nervous; Khloe, Jamie and Melita, Lamar feels loved with how the fans are shouting and cheering him on.

There is a message on the jumbotron, it says “Welcome Back L.O.”, it felt amazing for Lamar and although he gave it his best, his team loses 70/73 to the Lakers.