BY Jeanne Adams on May 31, 2012 | Comments: one comment
Related : Kim Kardashian 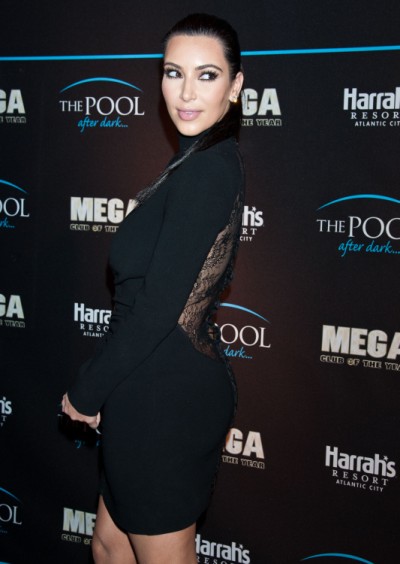 You used to be able to spot Kim Kardashian’s famous butt from across a football field on a foggy day with one eye closed and tears running down your face, but not so much anymore say her friends who declare her best asset is getting left behind.

The National Enquirer reports Kim’s ass is shrinking! And somewhere Jennifer Lopez is grinning and rubbing her hands together while Casper Smart shoves his money down his pants in the background. But it’s not because Kim finally took the butt pads out from every pair of Spanx she owns, it’s because she’s actually working out!

It seems the reality star packed on some LBs after walking away from the love of her life, Kris Humphries, and decided to get her butt in gear (no pun intended, of course). A source tells the Enquirer that she didn’t even consider plastic surgery, instead she dropped 20 pounds the good ‘ole fashioned way. “Kim took a look in the mirror a few months back, and said, ‘I look like a blimp and my rear end is massive! How can I promote a weight-loss regimen looking like this?’ She immediately got to work, determined to look her best.”

But what does new boy toy, Kanye I like big butts and I cannot lie West have to say about all this? He must not mind too much since the two were papped all over the Cannes Film Festival sucking face and pretending they deserved to be there.

We’ve all heard that Kim jumped on Miley Cyrus’s gluten-free bandwagon and she gave up dairy and those other delicious goodies that normally stuck straight to her ass so it’s no surprise that her rear might look a little less rap video girl-ish. It kills me that people actually think it’s fake. For someone so proud of it, she likes to keep it well covered whenever she’s in a bikini but you can catch glimpses of it sometimes. It’s real. And Paris Hilton probably still thinks it’s gross, despite their new detente.