Kim Kardashian Gearing Up For Another Boob Job (Photo) 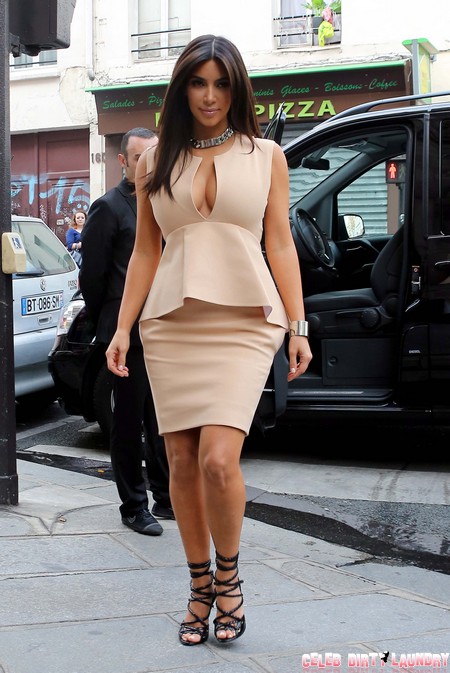 Oh here we go, Kim Kardashian wants the world to know that she fully intends to have a boob job after having kids. She also wants her fans to believe that she is cosmetic surgery free so far and that she naturally looks like plastic and has never had an ounce of work done, yet.

”It’s crazy that people think I’ve had my nose, cheeks and lips done. It’s just not the case.  I’m not against plastic surgery. I will definitely need a boob lift after I have kids. Who knows if I will want to do my face one day? My mum did it, I told her to do it.”

Notice that she fails to mention her butt as one of her surgery-free zones.  You’d have to be blind not to see that Kim has had TONS of serious work has been done, just compare photos of her now versus a few years ago.  Kim also steers clear of reading any of the negative publicity that swirls around her.  She recently told the British edition of InStyle:

“I don’t read those [negative] comments. I don’t care anymore. There were always haters but my divorce gave them a platform. My fan base has stayed loyal and the same. Yesterday a fan said, ‘ I have no sisters, you are my sisters. I watch you guys and wish I had that.”’

Well, that’s interesting.  If Kim doesn’t read the bad stuff, then how does she know that people have done a hatchet job on her about the obvious plastic surgery?   How does she know what to deny and when?  If I remember correctly she at one time had herself set on her Google Alerts so that anytime she was mentioned in the press she would be notified!

A Kim Kardashian boob job after having children will probably be something we’ll get to see on one of the family’s reality TV shows.  Along with some Jerry Springer style paternity tests to help determine Khloe Kardashian’s biological father.

What do you think?  No surgery yet or is Kim a big blow up doll made of plastic?  Tell us in the comments below.