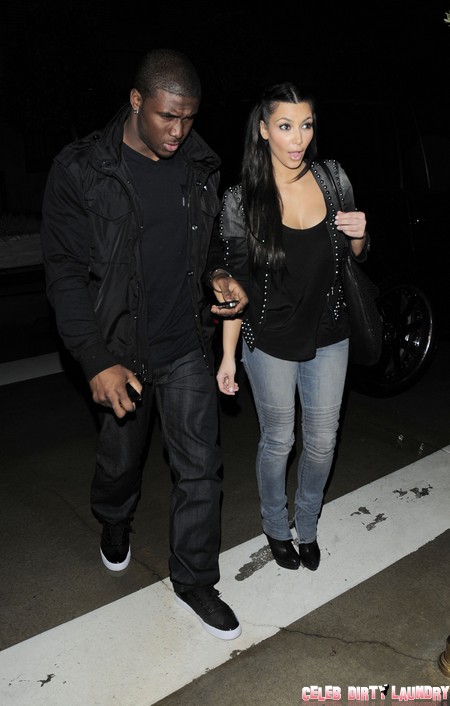 It is a proud moment for people who are rooting for the extinction of the Kardashian family. Although Kourtney Kardashian has produced two cute kids with Scott Disick, there are not any infants or fetuses who sport the famous “K” title. Last season on Keeping Up With The Kardashians we watched Khloe Odom and Kim Kardashian seek alternative fertility treatment, and Kim went so far as to freeze her eggs. While I doubt Kanye West is eager to pop out a few any time soon, Kim is baby crazy, and now she is green with jealousy.

Media Take Out reports that her ex, NFL player Reggie Bush has knocked up his new girlfriend, Lilit Avagyan. Now, before you get excited for the couple, let’s step back and look at Ms. Lilit. A model, she is definitely beautiful. She also looks really similar to Kim! And, what do you know, she is also Armenian. I won’t hold it against him, but Reggie has a type (just like Kim does: her type is RICH). Media Take Out claimed that Lilit was knocked up in Paris, where the couple vacationed this summer. Neither of their reps have commented, but a baby bump isn’t easy to hide—if it’s true it will be sure to pop out!

So how is Kim through all of this? Kim is obsessed with her age, and is scared that when the time comes, she’ll have nothing more than a shriveled up uterus and crazy Kris Jenner holding a turkey baster. I’m not exactly devastated, but I bet that Kim will be pushing Kanye to seal the deal. Kanye loves to leave his mark on the things he “owns,” and what better way to do that than ensure Kim will get terrible stretch marks that will scar for a lifetime? What do you guys think? Is it creepy that Reggie has moved from Kim Kardashian to a Kim K Kopy Kat? Should a forced eugenics program be reinstated for all reality TV stars and participants?