Kim and Kourtney Kardashian Banished To The Slums: South Beach Says NO! (Photos) 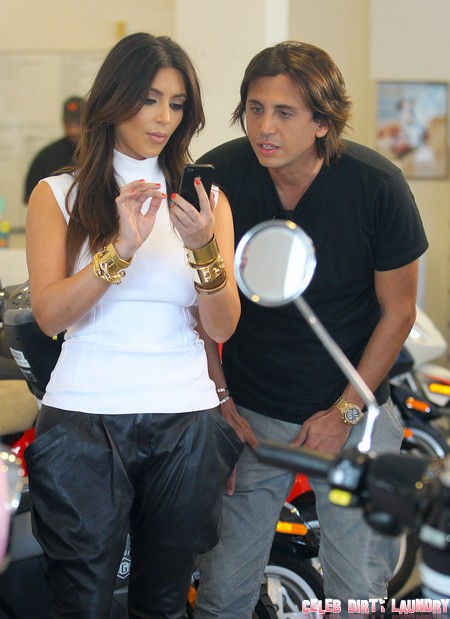 Once upon a time, in a galaxy far, far away, lived two sisters called Kourtney and Kim Kardashian. They believed they were the fairest maidens in the land and lived a life of luxury, fame and fortune. Unfortunately for the money hungry sisters, the people wanted no more… Yes, this story is as true as Bruce Jenner’s gold medal. According to latest reports, Kourtney and Kim won’t be allowed to reside in the glamorous South Beach when the filming of their reality show “Kourtney and Kim Take Miami” begins. It looks like the richest bitches don’t always get the greatest beaches.

According to Belle Isle Blog, the Kardashians weren’t allowed to rent a beach home at the wealthiest addresses in Miami – Sunset Islands, DiLidi Island and North Bay Road – because annoyed residents didn’t want the non-stop three-month period of reality television filming to take place in their backyard. The Kardashian Trashians required signatures from immediate neighbours and 90 percent of homeowners within 500 feet. The residents refused and complained that film crews and paparazzi would turn their normally tranquil neighbourhood into a bustling piece of Hollywood. The Kardashians had to settle for a filming location over 14 miles from South Beach and even though the sisters were as pissed as broken breasts after a boob job, they finally settled for a location in North Miami Beach.

According to Raul Gonzalez of Miami Beach’s Office of Film and Print, “They found a gated community in North Miami Beach.” Ah, will the sweet smell of claustrophobic fear and desperate housewives ease the Kardashians into their temporary new home? No, it won’t. According to a RadarOnline report, the Kardashians might be facing more than Esmerelda’s arsenic laced chocolate chip cookies, because the community they will be living in makes Slumdog Millionaire look like a 5-year-old’s birthday party.

“The area is known for its hourly hotels, strip clubs and high crime rate,” a source revealed. “It’s a far-cry from their usual posh digs, with just a 7-Eleven and an abandoned old bank close by.” Uh-oh! Serial killers love to buy Slushy’s at 7-Elevens. Better watch your back Kim; you never know who wants to place your junk in their trunk.