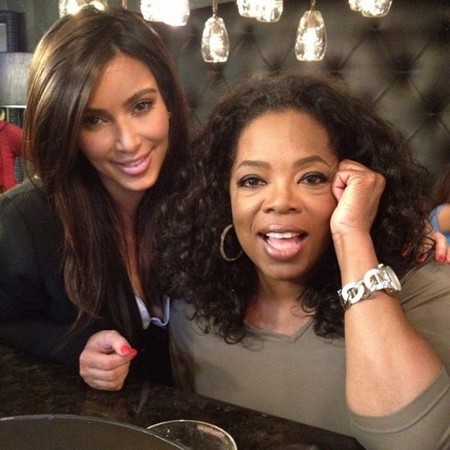 Kim Kardashian is set take part in a 2 part interview with Oprah Winfrey showing on her OWN network starting this Sunday. Here she goes! Let’s just all break out the tissues right now because I can just see a lot of fake tears from this chica.

Look first of all it should be interesting because they are already giving out comments that are going to be made on the show. This is one for example Kim, 32 years old states, “I’m totally growing up” and “I always dated 5 years younger than me”. Kim also claims that, “She is a changed person after what she’s been through in the past year”. Kim also states “A lot of my friends the people that I sit and talk and spend time with are wiser and a little bit older than me”. Is she for real?

Kanye West, 34 is only 2 years older than her, so please. Oprah, allegedly, asked her questions regarding her 72 day old marriage and allegedly it is said that she was shocked by the answers that she received in response. Look I know that Oprah has gotten softer in her older age but she is rumored to address the comment that Kim is famous just for being famous.

That’s right Big O fight for your ratings, because quiet as it’s kept, not really, her backers are trying to get her out. Why, because her network is not making the money they thought it would so she needs sensational people to boost her ratings.

I am going to try to watch the show because I want to see how much drama is put out and we all know Kim K. does not do well with interviews she always has to have one of her sisters, Khloe or Kourtney Kardashian, or her Momanager, Kris Jenner with her to take up for her when under attack so let’s see who else shows up.