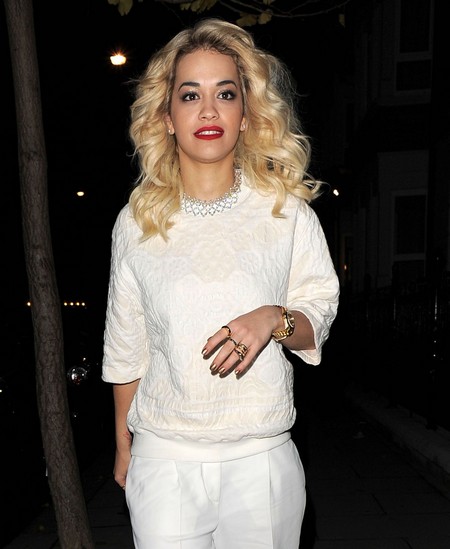 The least popular Kardashian has called it quits with his former lover.  Rob Kardashian and Rita Ora have ended their month’s long relationship amid scheduling conflicts.  Lies!  Turns out big sister Kim Kardashian was right when she previously stated that she wanted Rob with a nice Armenian girl and did not approve of Rita.  According to several deleted tweets from Rob Kardashian’s Twitter account, Rita cheated on him with 20 different men!!  From one dirty girl to another, you called it Kim.

Rob’s deleted tweets said “She cheated on me with nearly 20 dudes while we were together, I wonder how many she will sleep with now that we apart?”  Then he posted, “But I mean 20?!!!  How can a woman who is so busy trying to start her own career have time to be with so many dudes all while in a relationship?!”  “I’m actually disgusted a woman could give up her body to more than 20 dudes in less than a year’s time while trying to start a career.”

Rob has since unfollowed Ora and deleted all traces of her and their relationship from Instagram.  What did you expect Rob?  She’s just starting her career so of course she’s gonna open wide for anyone she thinks can get her ahead in the game.  Freshly famous and starting to build her fortune, there are bound to be countless guys coming out of the woodwork to profess their love for her.  Or maybe, like big sis Kim implies, Rita Ora is just a whore.

Kim, you’ve got a homemade sex tape under your belt and a couple of failed marriages so you are no stranger to drama, oh, and you also have the entire world following your life on reality TV.  You’ve definitely been around the block, too.  So, I’m just wondering why baby brother Rob didn’t heed your advice and kick the D-List version of Rihanna to the curb.  Perhaps this is the burn that will keep Rob Kardashian from dating celebrities in the future.