Rihanna Hooks Up With Rob Kardashian 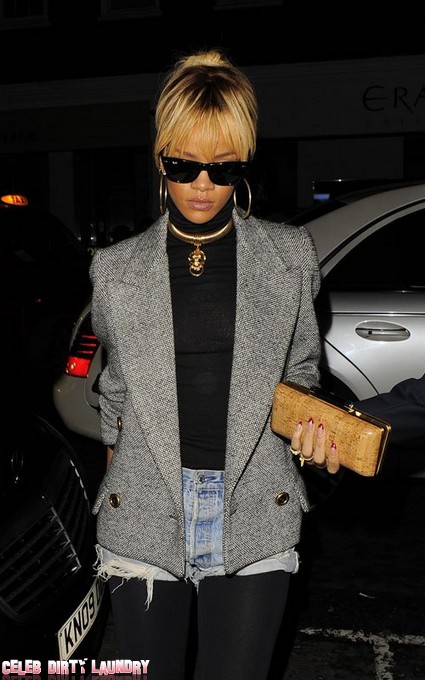 Rihanna is Keeping up with Kardashians. Well, Rob Kardashian to be more precise. The pair have hooked up after bumping into one another in London.

According to MediaTakeOut.com …Kim Kardashian‘s brother is making RiRi feel like she’s the only girl in the world. The two were all over each other at one of the City’s hottest nightclubs this week. Clubbers say the superstar and the former Dancing With The Stars contestant were getting very hot and heavy indeed at Mahiki. They were totally into each other and didn’t care who saw them making out.

So what happened next? The very public party of two left the club together! Just Rihanna and Rob. Who knows where they were heading…her California King Bed? Rob is the latest conquest on Rihanna’s ever growing list. So while we were talking about the collaboration in the studio with her violent ex Chris Brown…she was making sweet music of her own with a member of the infamous Kardashian clan.

Maybe Rob wanted to give the S & M singer his own very special birthday present. As we reported on Celeb Dirty Laundry this week the chart topper is also a birthday girl Rihanna Celebrates 24th Birthday In London The party girl has been letting her blonde hair down all over town as well as performing at the BRIT Awards on Tuesday.

I wonder what Rob’s reality TV family make of the hook up? I don’t think Kim or Khloe Kardashian would like him dating anyone more famous than them!