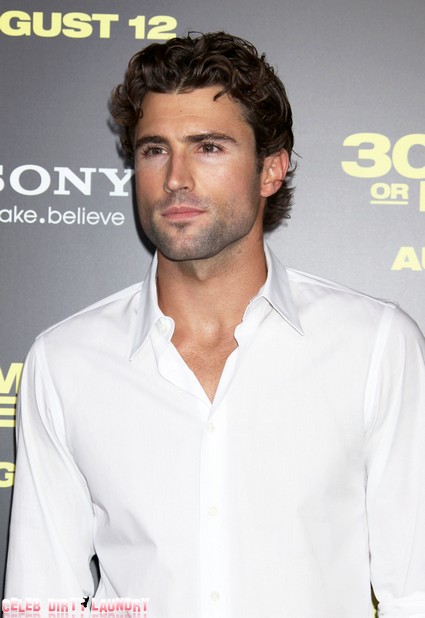 It seems that Bruce Jenner’s bratty son, Brody Jenner, was unceremoniously refused entry to an Oscar after-party. Apparently Brody is just as entitled as his famewhore Kardashian step-sisters as the little prince had a hissy fit over the VIP party rejection.

Brody was quite”upset” after he was refused entry to the Maxim and Ford Mustang late night party and had to be manhandled out by security.  But here is the best part: Scott Disick walked right past the stymied Brody and right into the gala causing young Jenner to totally freak!!

Brody definitely has an attitude and thinks he is someone special – he isn’t. Brody and his girlfriend, Avril Lavigne, both took what was probably a well-deserved beating at the Hollywood Roosevelt Hotel last November.

BANG reports:  Brody Jenner was “upset” after he was refused entry to a VIP party on Sunday night (26.02.12).  The 28-year-old hunk – who is the step-brother of the Kardashian sisters – was stopped from getting into the Maxim and Ford Mustang late night party, featuring a performance by Ludacris, after the Oscars last weekend and eventually had to be taken away by security.

A source told the New York Post newspaper: “After using the, ‘Don’t you know who I am?’ line, he was still denied, and you could tell he was upset. “The s**t hit the fan when his step-brother-in-law Scott Disick waltzed in. Security escorted fuming Jenner out to the street, where the stranded reality star began barking into his mobile phone.”

Brody has a history of getting into scraps on nights on – in November he suffered a head injury while trying to split up a brawl with then girlfriend Avril Lavigne.

The former ‘Hills’ star had to go to hospital after he was hit by a bottle after the ‘Smile’ singer was involved in a row with another woman at the Hollywood Roosevelt Hotel.

It is hard to like these spoiled children of the rich and famous – whose only claim to fame is their parents.