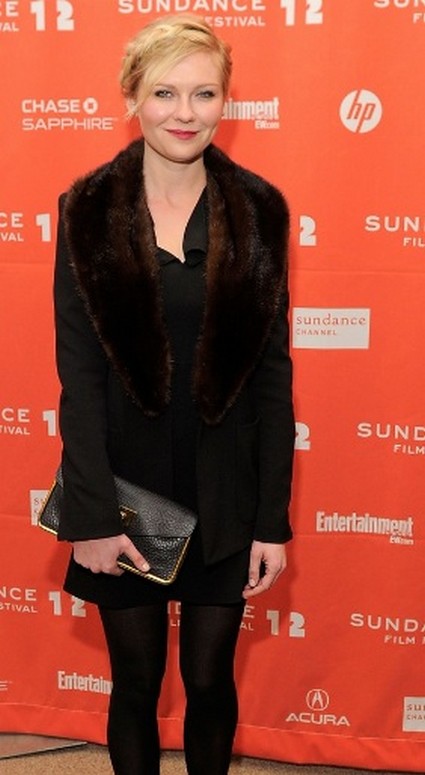 Kirsten Dunst is on fire these days – it appears that taking a little Hollywood hiatus is just what the doctor ordered.  For those of you who haven’t seen Kirsten in Melancholia, it’s a must see.

For now, you can catch Kirsten in the new comedy Bachelorette, produced by funnyman Will Ferrell. The film had its world premiere Monday (January 23rd) at the Eccles Center Theatre in Park City, Utah.  Kirsten was all smiles at the 2012 Sundance Film Festival, and was joined by cast mates Lizzy Caplan, James Marsden, Rebel Wilson, as well as Will Ferrell.

The film, written and directed by Leslye Headland, has been compared to the blockbuster hit Bridesmaids, however there are many differences that fans will surely enjoy.  Let’s be honest, even if it were a complete rip-off, it would still be funny.  We know that Kirsten has the comedic acting chops and can hold her own – remember Drop Dead Gorgeous?

So I’m all for this film, there’s nothing like a good female comedy – and with K-Dunst leading the pack, how could it not be hilarious.