Kourtney Kardashian Breaks Up With Scott Disick And Throws Him Out 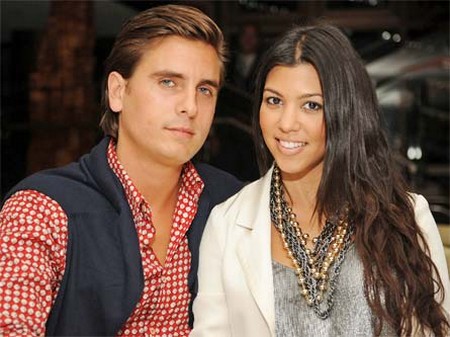 It’s finally over between Kourtney Kardashian and baby daddy Scott Disick. Kourtney has broken up with Scott and thrown the bum out – apparently for the last and final time!  Reports are that the hormonal, pregnant Kardashian sister was caught on tape throwing Scott out of their L.A. home.

“They were filming an intense scene recently, and she said something like, ‘Just leave! I don’t want you here – come back when I’m ready to give birth,’” a family friend told Life & Style. The source said Scott was only too happy to leave.

This could be the last straw for Kourtney who’s been so terribly temperamental lately, little sis Khloe had to blast her bipolar attitude on Twitter. Scott isn’t helping the situation, in fact, he could be the cause. He skipped out on Kourtney’s baby shower and the family’s Mother’s Day celebration and was found drunk – and there are rumors accusing him of flirting with Kim. I don’t buy that for a second.

I honestly believe Scott thinks Kim’s a dumbass like the rest of us. What I do believe is that his mind is elsewhere. While Kourtney waits in L.A. for the birth of their second child, Scott has been going back and forth from NYC hob knobbing at his new restaurant, Ryu. It seems the guy who only had eyes for his girlfriend and 2-year-old son, Mason, can’t keep away from his latest investment.

“He wants to be there all the time, greeting guests and managing,” said the source. “Fans are going there just to see him. He’s been in NYC, away from Kourtney, for much of the spring, and he’ll be there most of the summer, even though she’s due around July.”

I wish this couple would really just break up. Yes Kourtney and Scott should split up for good – if they haven’t already.  I’m so sick of the back and forth. And the fact that the break up was filmed for their E! reality show grosses me out. Is it for ratings or not? That’s a question that has to be asked every time a member of the Kardashian Klan does anything nowadays.

So who knows what he did this time to get thrown out. Regardless, Scott should be in NYC. Homeboy needs a job and he actually did something worthwhile by opening up a legitimate business. Kourtney needs to have a coke and smile and let the kid make a name for himself other than “Kourtney’s lame-ass boyfriend on Keeping up with the Kardashians.”