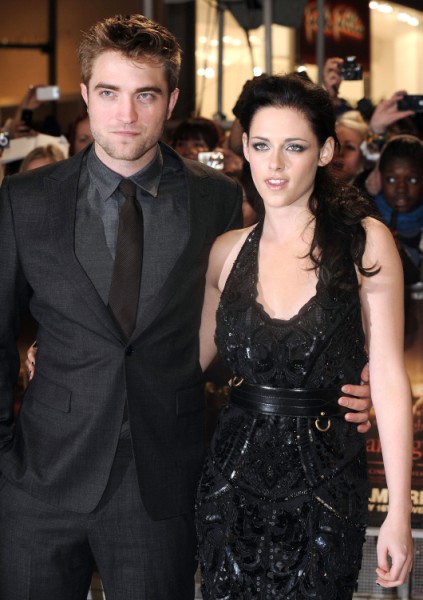 Apparently the couple have enlisted the help of a major Hollywood psychiatrist to get them on solid ground again and he told them to swear off sex for a month so they can “work on communicating, healing wounds and trust exercises.” A source told The Mirror: “Sex is going to have to wait. The plan is that the two of them concentrate on each other and rebuilding their relationship. It has been a tough time for both of them and the psychiatrist has made it clear that this is going to be hard.”

Hell ya it’s going to be hard. The shrink told them to take a romantic vacation together and make sure to get massages and enjoy each other’s company. The source says they booked a vacay to Brazil because that’s where they filmed their love scenes for Breaking Dawn – Part 1. Why would you do that if you’re not supposed to have sex? It’s like a recovering alcoholic going to the Great American Beer Festival. It makes no sense! But the couple thinks the romantic holiday is just what the doctor ordered. “It is ideal for them because it was the place they filmed their first big love scenes together,” the source added. “There are lots of good vibes for them there and if anything is going to help them get things back on course it will be a break in a place like that.”

Is the timing of this story suspect especially since just last week it leaked that Kristen thought Rob was sh-t in bed? Are Rob’s people trying to spin the story to seem like they have such a hot sex life but they have to contain themselves so they can hash out their problems? I’m watching Gossip Girl for the first time and I’m on Season 2 and this reminds me a lot of the Serena/Dan story line. They had to stop having such passionate sex so they could talk about the real problems in their relationship. I’m not saying Rob’s people watch GG, I’m just saying there are some eyebrow raising parallels.

Anyway, so Kristen Stewart and Robert Pattinson are in Brazil not having sex. Whatever floats their boat. It’s just Rob and Kristen don’t seem like the counseling type, right? I would never think they’d go to such lengths to keep each other. Rob’s got to be so in love with this chick if he’d go to counseling for a girlfriend. Do you think Rob and Kristen’s no sex pact shows a responsible, serious couple willing to do what it takes to stay together or is Rob just not having sex with Kristen because he doesn’t want to get Rupert Sanders cooties?