Kristen Stewart And Robert Pattinson Step Out For Date Night 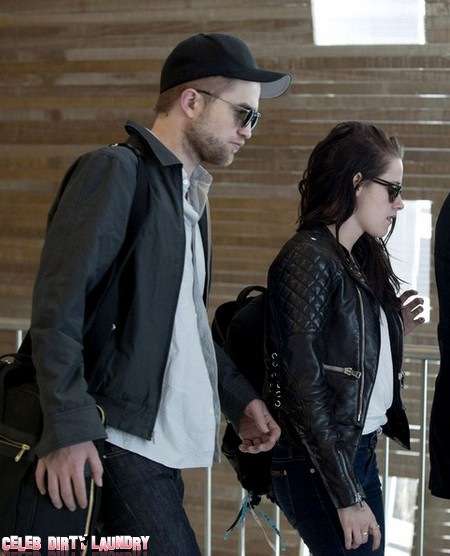 It appears as though Twilight lovebirds Robert Pattinson and Kristen Stewart are still going strong…phew!  My heart certainly won’t be able to handle that breakup should it ever happen.

The two have been residing in the city of love, also known as Paris, for quite some time as Kristen is their filming.  They were spotted Friday night at Hotel Café for a Johnny Flynn concert and kept it low key before heading inside.

While they avoiding the prying lenses of photographers outside, they apparently didn’t hold back inside and were seen holding hands and kissing.  I personally have yet to see any sort of hand touching or affection between these two so I’d have to see it to believe it.

They headed backstage after the show, and staff said they were both “nice and respectful”.  My man was also said to be quite the generous tipper, paying for both his and Kristen’s bill.  Next up for Kristen is Snow White and the Huntsman, while Rob has Cosmopolis coming out shortly.  The two have busy months ahead, so get the lovin’ in while you can!