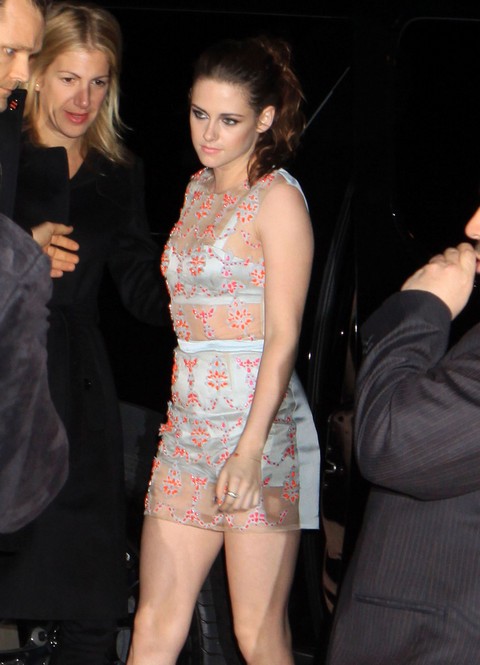 If, according to a National Enquirer report, Kristen Stewart were to play Blackjack and hit, hit, hit, she’d go bust, wouldn’t she? Well, Stewart is going more than bust; she’s going Titty-Titty Bang-Bang. The report reveals that Stewart is indeed getting breast implant surgery to – you know – increase her assets. A source alleges, “[Stewart] and [Robert Pattinson] is at a critical crossroad and she is frightened that unless she does something radical, [Pattinson] will kick her to the curb.” Radical we get, but silicone in your boobs we don’t get. Perhaps Stewart should read some quotes about self-love on the internet and see that implanting yourself with Aunt Mildred’s teacups won’t make your boyfriend stay with you. It needs to come from the inside, doesn’t it?

The insider continues that Stewart is going more Tara Reid-mosquito-bites than Pamela Anderson-baby-bites, “Kristen is terrified that Rob is going to leave her for someone else. She has always been insecure about her boobs, and she is totally convinced Rob would find it a massive turn-on if she had even a subtle size increase.” But wait, there’s more! Stewart’s low self-esteem isn’t based on just how Pattinson perceives her; she’s also insecure when out and about with her Sparkle-Deluxe BF. “Whenever they’re out together, she’s always on high alert to see which girls seem to capture his attention, and they’re always girls with big boobs. She’s desperate to hang onto Rob, and thinks a breast augmentation would do the trick.” the source reveals.

According to the gossip myth busters, this story is as fictitious as a pile of plastic dog dung and that there’s no such thing on the horizon. However, we know an obsessed woman when we see one, and this one is about to go all Fatal Attraction on the vampire with the sad face.

To boobs or not to boobs, that is the question. 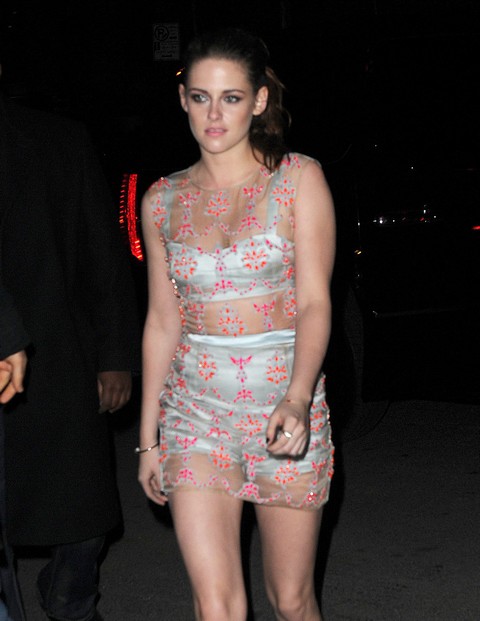