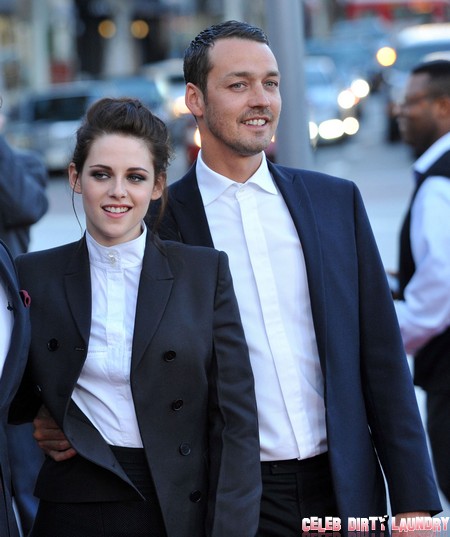 Just when we thought everything was hunky dory now that Robert Pattinson allegedly forgave Kristen Stewart for cheating on him with her Snow White and the Huntsmen director, Rupert Sanders, it seems like there may be more trouble brewing.

“Rob agreed to give it another go. He’s still very cautious, and he and Kristen have signed on for couple’s therapy. They’re both really hoping this will all end with happily ever after. Rob made her promise to stop talking to Rupert, and she’s broken that promise already.”

Once a cheater always a cheater is the way the saying goes and it seems that Stewart is back to her old ways and is texting Sanders behind Pattinson’s back! “Kristen justifies it because, technically, she’s not actually talking to him, so she feels like she’s still keeping her word.” Right. I’m pretty sure that if I cheated on my boyfriend and he took me back he would forbid me from having any sort of communication with my accomplice – just like Pattinson forbade the lousy trampire from contacting slimeball Sanders. This is probably why Stewart is doing it behind Pattinson’s back. Sneaky, sneaky.

So now the real question remains, when will Pattinson realize that Stewart is no good for him? This girl is only 22 years old and feelings evolve in the course of a three year romance. Pattinson needs to man up and see how much greener the pastures can be on the other side.

Poor Pattinson is drinking the Kool-Aid from the people over at Summit Entertainment who put out the Twilight movies and now Pattinson is forced to deal with Stewart until at least the promotional duties end. I bet Pattinson can’t wait until the end of this franchise and start his real movie career that doesn’t include Stewart as his costar.