Kristen Stewart, Gwyneth Paltrow, And More Celebs Show Up For The Premiere Of Paul McCartney’s ‘My Valentine’ 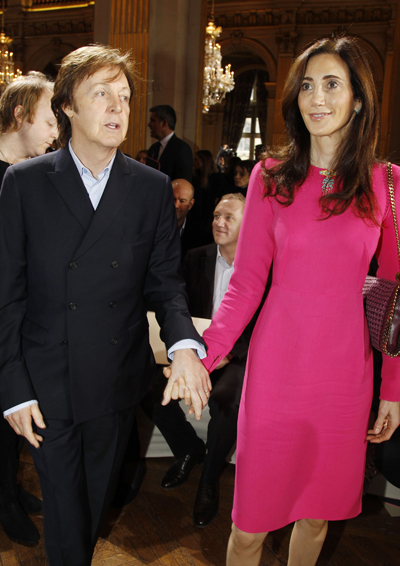 On Friday night, the former Beatle premiered the music video for his new song, “My Valentine,” in LA, and celebs showed up in droves. Among the attendees were Kristen Stewart (without boyfriend Robert Pattinson), Gwyneth Paltrow, Reese Witherspoon, model Miranda Kerr, Zooey Deschanel, Ginnifer Goodwin, Gwen Stefani, and Pamela Anderson, reports Celebrity-Gossip.net. (What an eclectic crowd! We guess Paul can still make the ladies swoon.)

The 69-year-old singer originally wrote the song for his wife, Nancy Shevell, after he fell in love with her in 2009, and even sang it at their wedding in 2011, so it’s fitting that Nancy spent the premiere by his side.

The video, which was also directed by Paul, features appearances by Natalie Portman and Johnny Depp, signing the lyrics in sign language.

Watch the “My Valentine” video below. Related: Paul McCartney Gives Up Weed And Talks About Being Jailed For Marijuana