Kristen Stewart Named the 7th Most Inspiring Person of 2012 — Does the World Agree? 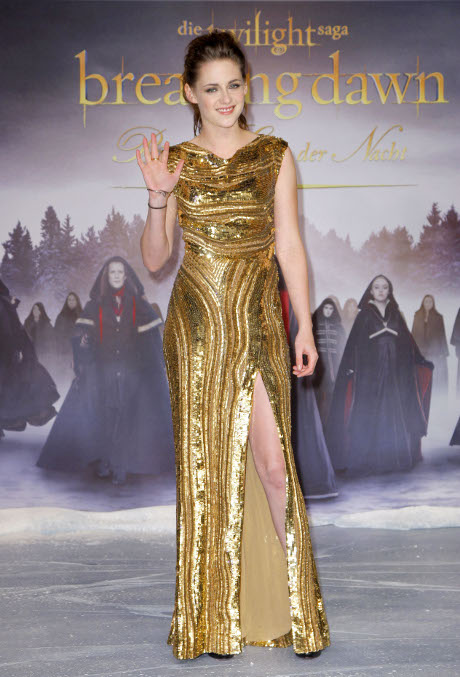 E! Online recently released a list of 2012’s most inspiring people, featuring South African super athlete Oscar Pistorius, punk rock group Pussy Riot, Oscar-winner and ex-American Idol Jennifer Hudson, and openly gay singer Frank Ocean, among others. That’s all fine and dandy when you want to get your Tony Robbins on, but there’s one name in this list that will send shivers down the spine of the most-hardened ex-cons.

In 7th place, staring back at you like an enslaved puppy at a pet shop, is none other than the biggest cheater in La-La Land, Miss Kristen Stewart herself. She beat Oscar Pistorius – a man who runs as fast as lightning without having legs, Pussy Riot – a punk rock group that stood up against tyranny, and Jennifer Hudson – an inspirational figure in the music business. The only people to beat Stewart in this ridiculous list are ex-US President Abraham Lincoln, bullied Lizzie Velasquez & Jennifer Livingston, openly gay Frank Ocean, breast cancer survivor Robin Roberts, symbol of equality and transgender rights Lana Wachowski, and the heroes of the Aurora, Colorado shooting massacre.

The people at E! Online must have surely realized that putting Kristen Stewart on a “most inspiring person” list is like kicking Oprah in the va-jay-jay and writing “fraud” across her forehead? How, in the name of Tony Robbins, could such sacrilege have been allowed to take place? What has Stewart done in the past year to make her inspirational, except cheat and almost get away with it?

What do you think? Do you think Stewart belongs on a most inspiring person list? If so, what did she do to inspire you this year? We’d LOVE to hear from you in the comments below.