It’s Kristen Stewart working on a new film, so stop the press and lock your doors, because this horror is about to go viral. After La Stewart’s critically acclaimed performance in the sexually charged road trip movie, On The Road, the actress that inspired gothic literature is at it again – this time she’s working on a new Ben Affleck film, Focus, set for production in 2013. However, Stewart’s film career has already gained enough steam to push forward on the train tracks of fame.

The actress, currently taking part in post-Twilight, post-On The Road press junkets, recently stopped by television talk show host Craig Ferguson to speak about her dirty, dirty dancing – much in the vein of Baby and Swayze gyrations – during Walter Salles’ latest masterpiece. Before her appearance, Stewart exited a generic SUV (why do all of the famous people drive in SUV’s?) wearing short, black oopsy pants and yellow kicks a la Jim Jones’ cult members before they drank the Kool Aid. As usual, Stewart’s face was ravaged by an indie-over-the-ear hairdo and a matted temporal lobe – nothing to see here, so move along!

Stewart told Craig Ferguson that the only thing that petrified her more than Robert Pattinson finding out about her affairs was the “terrifying” dirty dancing in the film. We believe the only reason Stewart was “terrified” was because of what might happen when her 22-year-old hormones kick in again and she’s overcome by a sex-Demon. It happened with Rupert Sanders, so it’s more than possible that it could happen again!

If Ben Affleck loves his family and his career, he will ensure that his package is tucked away neatly in a Fed-Ex box, out of reach and out of mind – Stewart’s clammy hands will, in all probability, reach for Affleck’s director neck, but it’s better to be safe than sorry. 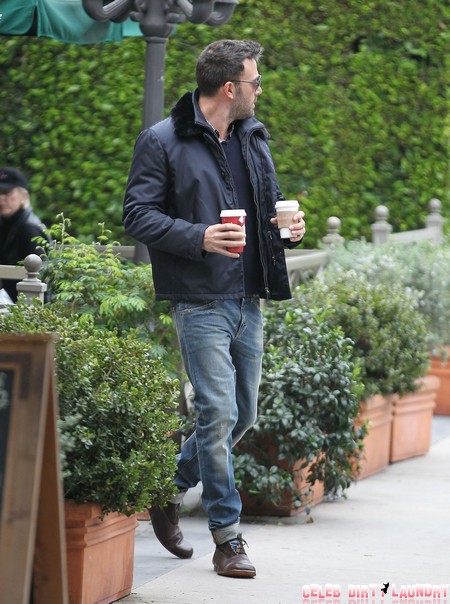 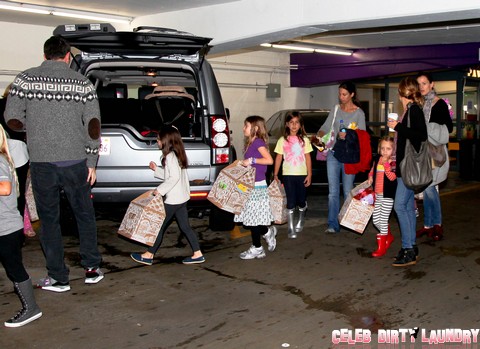