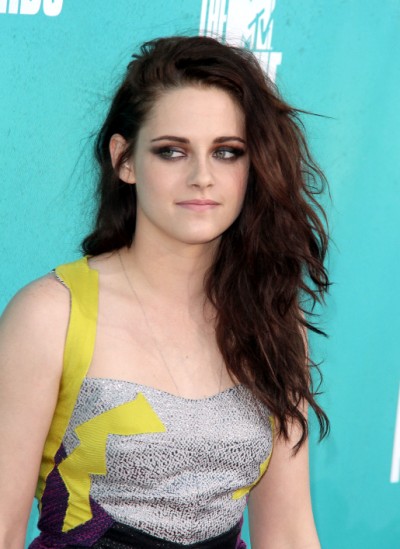 Kristen Stewart stunned her fans and peers when she got caught cheating on her boyfriend of three years and Twilight co-star Robert Pattinson but it was her hasty decision to come out with a statement acknowledging her cheating that had many of us scratching our heads. Not only did she cop to the scandal with Rupert Sanders but she gave an emotional plea to Rob which almost made us want to look away in embarrassment… almost. In a town full of lies and deceit, Kristen admitted her wrongdoing and bared her soul to the media. We weren’t the only ones to wonder why her PR people did it. And it turns out, they didn’t. Hollywood Life reports that Kristen penned the apology letter herself. A source told HL, “She does what she wants and she just did it. She wrote it, it was raw, it was her and she wanted to say those things.”

After photos of Kristen and Rupert making out in a car hit the internet, Kristen hurried a response and told People magazine in a statement, “I’m deeply sorry for the hurt and embarrassment I’ve caused to those close to me and everyone this has affected. This momentary indiscretion has jeopardized the most important thing in my life, the person I love and respect the most, Rob. I love him, I love him, I’m so sorry.”

Since then Kristen has been called out for the fact that she didn’t apologize to Rupert’s wife and children and her use of the words “momentary indiscretion”. Just about everybody (including Liberty Ross’ brother) had something to say about that. But the deep emotion, frantic fragility, and the fact she called out Rob’s name and actually said she loves him (three time no less) was the most sensational part of the statement. Never has Kristen ever been so open – especially with the press – which can only tell us how absolutely devastated and desperate she was to salvage her relationship.

Some (including me) have said she never should have issued a statement. It only fueled the gossip fires. But obviously she was panicking. She had no idea how to handle this situation and her people didn’t either. Would a stone cold front have been enough to curb some of the attention? I’m not sure. However, the term “momentary indiscretion” sure didn’t help anyone. Should her people have held her back, toned down the passion, and given the obligatory “please respect our privacy at this time” babble? Of course. By Kristen opening up, it essentially made the affair everyone’s business, and by opening her soul, gave the media and the public carte blanche to spit on it. If she would have issued a blanket statement she could have held her cards a little tighter to the vest. Would she still have been labeled a trampire? Of course! But she also would have saved some privacy which she’s desperately missing right about now.

I can’t be too hard on her here. Hindsight is naturally 20/20. She panicked. She broke the heart of the person she loved and wanted to shout her apology from the rooftops even though if she would have stopped and gathered herself she would have remembered that was the last thing he wanted her to do. But she’s 22. She could do no wrong up until that point. She probably thought her Twilight fans would see her through. She always thought she had done right by them and she had until she cheated on their No. 1 guy. She poured her heart out to us and instead of creating a refuge for the broken pieces, we stomped on it even more. That’s what she got for being honest… well, partly honest. Can we blame her for hiding her face now?

Do you think it was sweet and admirable that Kristen Stewart wrote the apology letter or do you think that if she would have only left it to the experts her image wouldn’t be in as much trouble as it is now?