Kobe Bryant Making Big Promises To Get His Wife Back 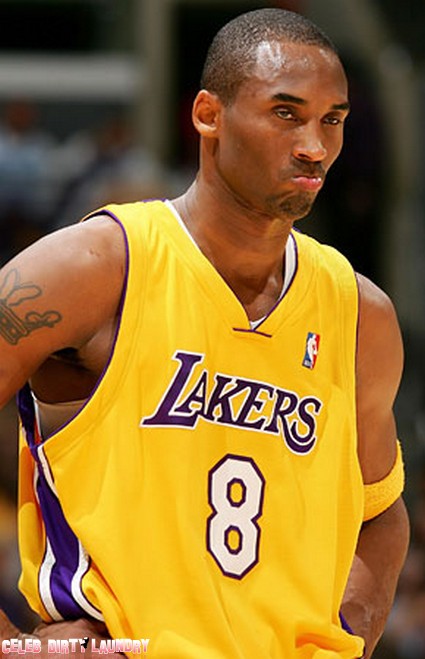 Kobe Bryant is doing everything he can to win back his soon to be ex wife Vanessa Bryant. The LA Laker is trying to prove to her that whatever happened in the past  – is in the past  – and he’s now a one girl guy.

According to TMZ Kobe is ‘aggressively’ pursuing the mother of his children. He’s making some big promises too. He’s told Vanessa he’ll never stray again if she takes him back. It seems the charm offensive is working. She’s liking what she’s hearing but is still not sure whether the basketballer is worth another shot. Would you take him back?

Kobe’s last ditch attempt to save his marriage also includes lavish gifts. He’s willing to splash the cash to get his personal life back on track. It’s understood he’s forked out for some major bling. Vanessa has received a very expensive piece of jewelry. But she’s seen expensive jewelry before. A few years ago after Kobe strayed he tried to buy his way back into her affections with a multi-million dollar ring. Actually come to think of it – it worked that time!

The split has already hurt Kobe’s bank balance as we reported on Celeb Dirty Laundry last month Kobe Bryant Loses Three Homes To Former Wife If he can salvage the marriage it could bode well financially as well.

Friends say a reconciliation is still possible. Just because the divorce papers are filed  – it doesn’t mean they can’t be withdrawn. The ball – as they say – is not in Kobe’s court this time – but in Vanessa’s!