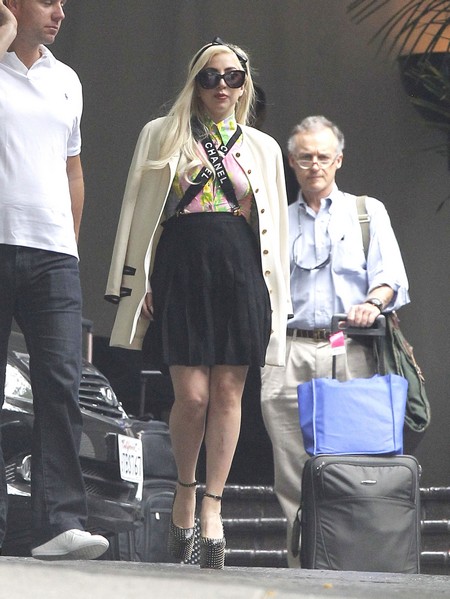 Lady Gaga might be one of the most influential pop stars of the modern generation, but she’s as ignorant as plankton sometimes.

The recent Kristen Stewart scandal, which erupted like a puss filled wart, sent Gaga scrambling for Twitter. She tweeted, ‘Geez this Kirstew Rob stuff is brutal. Makes me sad the way press acts. Hope they’re OK.‘ Excuse us while we go eat our hands from anger!

The way the press acts? You’re not serious woman? Let this be an official statement to all those who are not able to comprehend the role of the entertainment media:

We are there to report on the facts. We don’t write for the sake of writing, but report, creatively, the facts and the information for a willing audience. Kristen Stewart and Rupert Sanders have severely damaged both of their careers with the recent scandal. Both of them have to own up to their actions and it is our job, as writers, to create a backdrop of morality and hold them accountable for their actions. The main objective of journalism is to tell the story to readers, whether it is biased or not, with all of the quotes and madness involved.

Lady Gaga is subjectively involved in this, as she has also been the main target of several scathing articles, but to blame the media for someone else’s actions is like blaming religion for your recent case of herpes.

Kristen released a statement after the cheating scandal saying, “I’m deeply sorry for the hurt and embarrassment I’ve caused to those close to me and everyone this has affected.” Kristen’s statement is, in our opinion, a vapid and emotionless cop-out which she used to settle the restless mob of Robert Pattinson fans wanting her head on a platter.

Yes, we all make mistakes in our lives and we should all obediently be held accountable, but what sways this story from a merely objective article into a full blow subjective opinion is that Kristen’s front page loving of Robert Pattinson has been a farcical and manipulative ploy used to lead not just her fans, but also the general public, into believing she loves Robert with all of her Twilight heart. No, we are not biased towards Robert, but seeing that he is the one who was cheated on in all of this, surely he gets a “get out of jail free card”? What could possibly justify what Kristen has done?

In the end, actions do speak much, much louder than words.

It’s time to face up the facts, Kristen and stop creating a hollow hole to hide your head in.