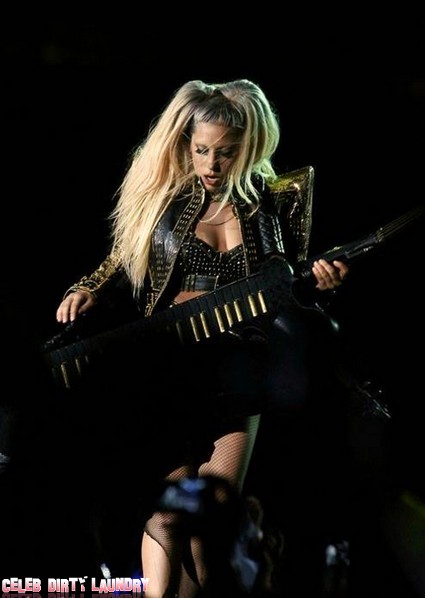 Lady Gaga kicked off her much anticipated Born This Way Ball World Tour last night in front of 45,000 fans. Mother Monster unveiled her latest creations at the Olympic Stadium in Seoul, South Korea. She put on a good show  – but is it more shock than substance from a pop star desperate to keep reinventing herself she’s fast running out of ideas?

Some Little Monsters were disappointed with the all important setlist. Gaga played all 17 songs from the Born This Way CD which meant there wasn’t room for early favorites to please her hardcore fans.  All the big hits were included but some popular album tracks from the first two CDs were MIA. Here’s the complete setlist. What do you reckon?

Encore:
The Edge of Glory
Marry the Night

The stage was a giant castle and Gaga had a multitude of weird ‘n’ wacky outfits. But is she a one trick pony? Some fans reckon it wasn’t that different from her previous tours. We’ll have to wait and see for ourselves. Gaga has a monster schedule ahead of her…over the next six months she’ll travel through Asia to New Zealand, Australia and then onto Europe and the UK. That’s before heading to South America and then arriving home to play North America in January next year. She wants to stage the biggest World tour ever. Good luck Gaga. You might want to tweak the playlist a bit as you go.