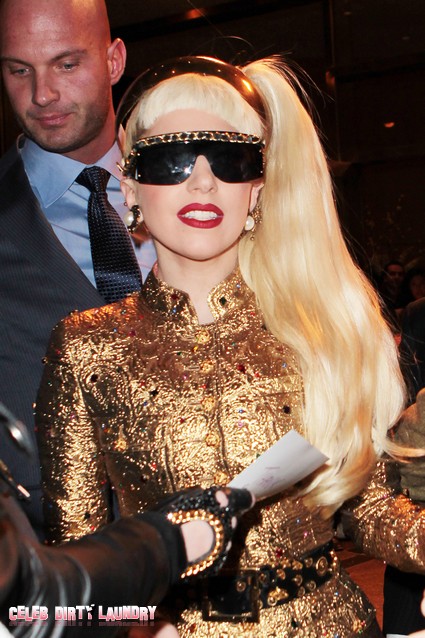 Lady Gaga has a cameo role in ‘Men In Black 3’ and we assume that she is being cast as a frightening looking alien – she is well-suited for the role. Will Smith will reprises the role of Agent J in the comedy sci-fi movie and he has confirmed the ‘Marry The Night’ singer is one of a number of stars to appear in the film.

He told Brazilian website ElCorilloRD.com:  “We have a couple of celebrities cameos, but I cannot reveal who they are.  We must keep it a surprise that Lady Gaga appears.”

Tommy Lee Jones will also be appearing in the film, alongside new stars Josh Brolin and Emma Thompson. Other exciting choices for the film are boxing legend Mike Tyson, legendary star Betty White and singer and former ‘X Factor USA’ judge Nicole Scherzinger. They are among the other celebrities believed to be taking part in the film, which sees the lead characters head back to the 1960’s.

Men in Black 3 has been a long time coming – actually, almost a decade – but the countdown has well and truly begun. The first trailer for the much anticipated return of Agents J and K has been released. Check out the teaser for the time travelling and special effects extravaganza.

Lady Gaga – real name Stefani Germanotta – has not previously had a movie role, but is believed to be wanted by Quentin Tarantino for a role in a future ‘Kill Bill’ movie, and has shown her talent in her music videos, some of which have been up to 14 minutes long.

Do you think Lady Gaga is well-suited for movie roles? Is Gaga already way too present in the popular culture? Are you sick of seeing and hearing about her? Or do you crave more of her over-the-top brand of entertainment? Let us know in the comments below.