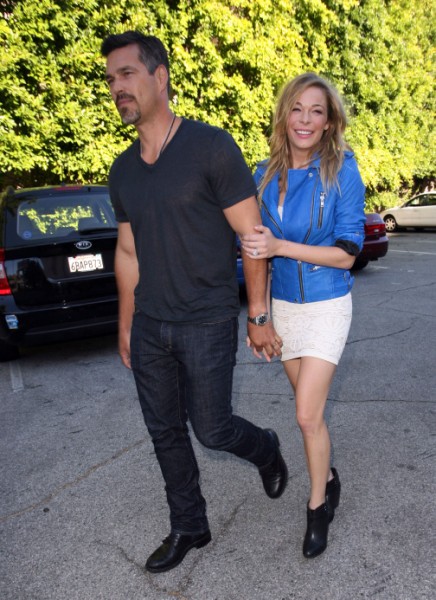 Anxiety-ridden and stressed out singer, LeAnn Rimes, canceled a concert last minute on Friday night as she said she was suffering from a “massive infection.” Presumably caused by an emergency root canal she had in July, LeAnn naturally took to (what else?) Twitter to apologize to her fans in Wendover, Nevada.

“I feel like I got hit in my right side of my face with a baseball bat. Not a good feeling when I am getting on a plane. For all my fans at Wendover last night, the show will be rescheduled, not a cancelled show. Worst way ever to kick off a tour… under anaesthesia and a massive infection. Well, onward and upward. It can only get better from here!!!” She tweeted.

Two questions. Did anyone else know LeAnn had an album out let alone a tour to promote it? And who the hell is paying to listen to this woman sing? I had no idea she still did that. I thought she sat around all day tweeting and throwing darts at Brandi Glanville’s picture.

Regardless, not the best way to start a tour for LeAnn Rimes. Health questions continue to haunt her ever since she checked herself into a 30-day rehab facility for anxiety and stress (and who knows what else) last month. Are you getting a Lindsay Lohan vibe right now? I totally am. LeAnn has to be careful. I know she’s playing the infection card, and it might be true, but because she’s been a little unstable in the past it’s hard to believe her. It’s like when Lindsay says she has walking pneumonia. Bitch no one believes that noise! So I hope she feels better. I hope she gets her ass on the tour bus because I’m sure her fans will give her this one no show after all she’s been through but they won’t give her much more. And LeAnn Rimes is the last person in the world who needs to start alienating her fans. They’ve thinned out over the years!