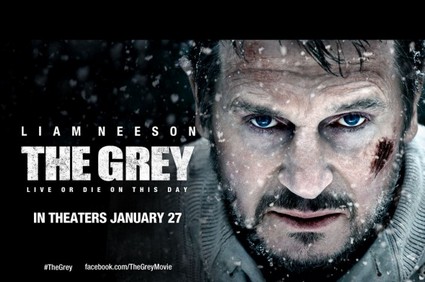 Liam Neeson is on fire these days!  The 59-year-old’s latest thriller, The Grey, took in $6.5 million on Friday alone, making it the number one movie thus far this weekend. With films such as Taken and Unknown under his belt, this guy is certainly not slowing down anytime soon.

The Grey was directed by Joe Carnahan, and is about a group of men stranded in the Alaskan wilderness after a plane crash.  Add in a bunch of hungry wolves on the hunt, and there you have the recipe for an exciting thriller.

The weekends two other movies, One for the Money and Man on a Ledge came in second and third place, respectively. Although both films seem quite appealing, I’m on the ‘grey’ train – it’s Liam Neeson in the wilderness after all.