Lil Wayne Being a Complete Jerk to His Fans 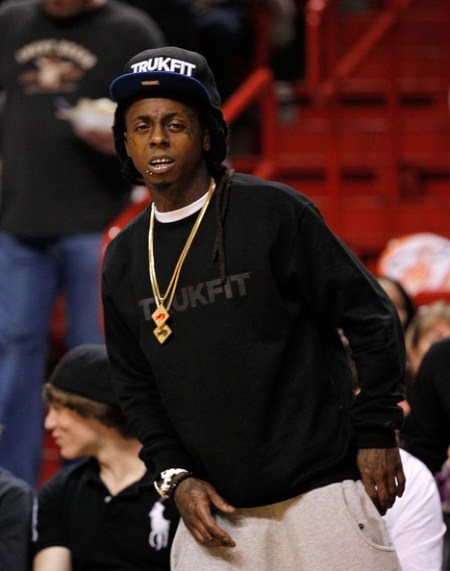 Lil Wayne and his bodyguards are currently being investigated for assault and this isn’t even the first, but the second time that Lil Wayne is being a complete jerk to his fans! Now, another person has claimed they were assaulted by the rapper’s entourage and just for trying to take a photo of Lil Wayne.

Alfredo Marino said to TMZ that he saw Lil Wayne and his entourage skateboarding, he is apparently a big fan of the rapper and just decided to go up to Lil Wayne and ask to get a photo, but they told him no. So Marino went back to his car and tried to sneak a photo like generally any other fan would do, he then claims that Wayne and his entourage walked up to his car and started threatening him. According to TMZ, Lil Wayne said, “Don’t you know all it takes is a word and these mother f*ckers are going to f*ck you up?.”

Marino claims that right after he was hit from behind with a skateboard and it knocked him down, he started bleeding from his head, he says he received a concussion and vertigo. Of course Marino consulted a lawyer, Craig Chisvin, and he told TMZ, “My client will enforce all of his rights under the law and all individuals responsible for this outrageous incident will be blamed for the damages that my client has suffered and continues to suffer.”

It’s pretty hard to not believe this since calls to Wayne’s rep were never replied to. Why would someone do such a thing to a fan for a stupid photo. Could Lil Wayne just be a little irritable because he recently broke up with his fiancée Deah? In any case, it’s just embarrassing and if he can’t deal with what comes along with fame then just retire already, we’ll all certainly be better off for it.

What do you think of Lil Wayne? Is he talented and needed in the rap game, or should he just retire and do us all a favour?