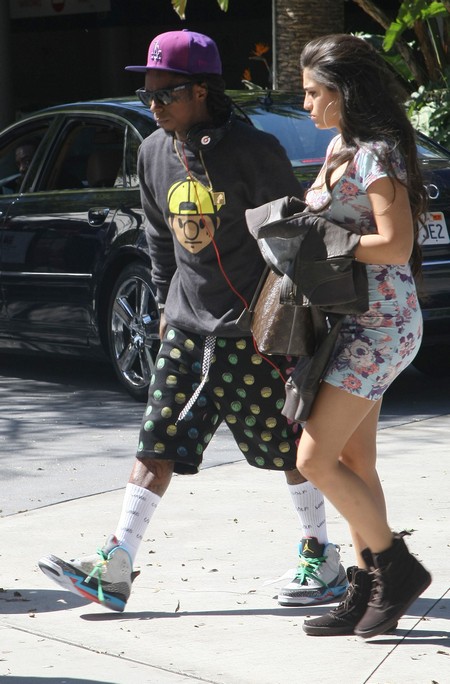 Young Money’s Lil’ Wayne has officially ended his relationship with his fiancee Deah after dating for a year. Now you might be wondering ‘why did this happen?’ Well Lil’ Wayne believed that Deah was just with him so that she could make fame off of his name, so he dumped her. Now I tend to think that is complete bullshit! Why would someone want to gain fame off of his name?

Now I’m going to be a complete dick with this, Lil’ Wayne in my opinion is a horrible and untalented rapper and I still don’t even know why he tries anymore… It’s kind of sad to see. I don’t know if dumping her was a good thing or a bad thing really. Although, lucky for her, she will now no longer be known as being the “fiancee of one of the all time worst rappers in history.”

It really doesn’t seem like that long ago when Weezy gave Dhea that “huge” rock by putting the ring into a dessert when they were out to dinner.  There were even rumours that the ring was an amazing 12 karats costing around a million dollars, I wonder if he got the ring back first?

After Weezy got engaged, he tweeted, “I feel like I’ve died and went to Dhea” Crap, I wonder where he’s died and gone this time?  Do you love Lil’ Wayne?  Is he a major talent?  Let us know in the comments below.