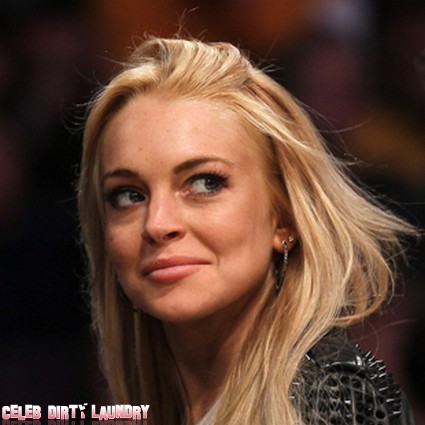 We’re barely into 2012 and Lindsay Lohan has already been in touch with the LAPD. No, she hasn’t broken the law, skipped community service or been driving under the influence. The star of Georgia Rule appears to have a stalker.

TMZ is reporting that the Cops were called to her home in Venice Beach last night at the actress’s request. That’s because someone started randomly knocking on her front door.

The uninvited guest has been described as an older gentleman. He rocked up at her property around 6.30pm and started banging on the door.

LiLo reportedly went to see what the noise was and asked the person what he wanted. The door knocker said he needed to speak with her. Yeh right! Lindsay wasn’t falling for that line. She asked him to leave and he refused. He then demanded the 25 year old open the door. That’s when the alarm was raised and a call was made to the Police to report a trespasser on the property. It’s not known whether the Mean Girls star made the phonecall herself or a staff member.

The Cops were on the scene within minutes and didn’t waste anytime. They arrested the door knocker and he’s been booked. Lindsay is fine but probably a little shaken. I reckon the fact that a stranger got to her front door unannounced might have Ms Lohan reassessing her security set up.

I don’t know what’s more shocking though – a trespasser getting within meters of the actress or the fact one of Hollywood’s most notorious party girls was home on New Years Day.