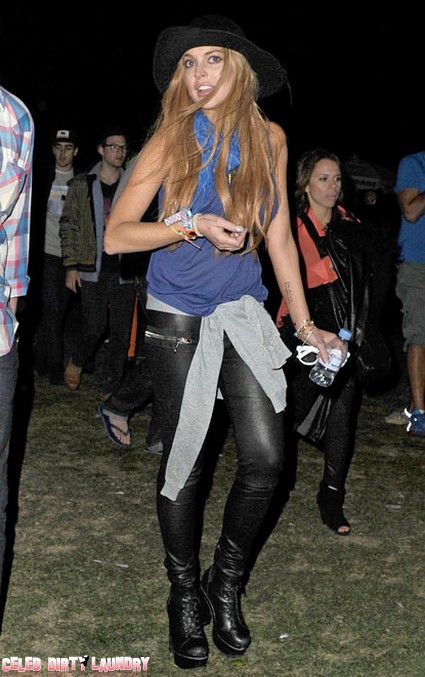 Coachella was THE place to party over the weekend so it’s really no surprise Lindsay Lohan found her way there. But her appearance had people talking. Wasn’t she told by the Judge last month to quit partying? Well, LiLo has a few things to say about that!

According to TMZ…the one time jailbird is furious people have questioned her attendance at the California music festival. She’s on the war path and telling concerned family and friends Judge Stephanie Sautner told her to stay away from clubs and the last time she checked Coachella was a music concert – not a club. So to her there’s no comparison. And she was only there for the music…Linds says she didn’t touch any booze. And despite what people say she can be around alcohol and not have a glass in her hand.

LiLo has been a Coachella regular for many years. So getting grief for wanting to hang out with her friends and enjoy the music over the last couple of days really ruined one of her favorite weekends of the year. She says people were watching her every move and whispering when they spotted her having a good time. She felt like being on trial all over again.

Meantime investigations continue into that alleged nightclub incident involving the actress and a woman a couple of weeks back. She swears she was at home watching TV when the so called stoush at the Standard Hotel took place. The victim says otherwise. And a witness is also placing Lindsay at the nightspot.