Lindsay Lohan Headed To Mental Ward – Is She Just Trying To Stay Out Of Jail? 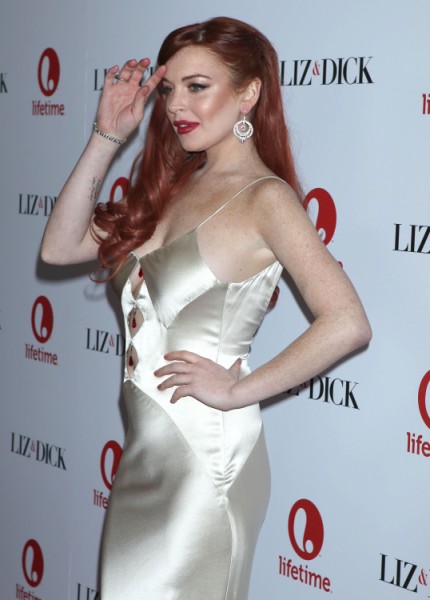 So there’s more bad news for Lindsay Lohan’s probation today. It naturally got revoked which could land her back in jail. It all stems from her June car crash where she lied to police about being behind the wheel of her car. She faces misdemeanor counts of willfully resisting, delaying or obstructing a police officer or emergency medical technician; giving false information to a police officer; and driving a vehicle on a highway with willful and wanton disregard for the safety of person or property.

Should we add to this shit storm? Why not? Lindsay was also recently panned for her comeback Lifetime movie, Liz and Dick, owes the IRS around $250,000 and was recently apprehended for punching a chick at a nightclub. Oh, and she’s borrowing money from Charlie Sheen. That can NEVER be good.

So what do we expect? Did you really think Lindsay would take a look at her situation and get help or put down the bottle at least? Hells no! Her friends say she’s acting crazier than usual. Has Lohan finally cracked or is she just trying to get out of jail?

According to the National Enquirer, Lindsay was guzzling two bottles of vodka a day before her last arrest and has taken to talking to herself and pulling out chunks of her hair. Is she still jealous of all the attention Amanda Bynes received? The Enquirer goes on to say that the last step could be a mental ward. Lindsay Lohan’s crazy but is she that crazy? A mental ward seems pretty extreme. Would you choose it over jail? Because it looks like that’s where she’s headed. I’m don’t see how she can stay out at this point and E! News reports she could get up to 245 days. For some reason I’ve got it in my head that a judge will give you mental help in lieu of jail if you exhibit mental problems but maybe I’ve just seen too many movies.

Do you think Lindsay Lohan needs mental help or is she just a spoiled child star who was never taught to be accountable? Would jail help her?