Lindsay Lohan Says The Truck Driver She Crashed Into Is A Stone-Cold Liar! 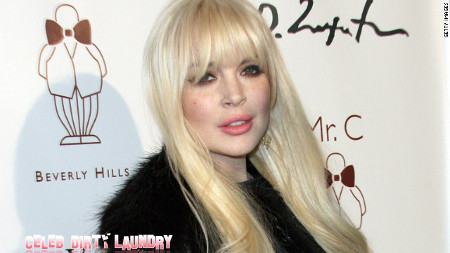 TMZ reports that the man, who goes by the name of ‘James’, was offered money by LiLo’s team to keep his mouth shut. Lindsay is, of course, denying these allegations and has fired back with comments trying to persuade the world that this man is just a large crazy-crazy!

According to Lindsay the entire story is fabricated and she is, once again, being milked for her money. How do you feel about this whole situation? Do you think LiLo’s fame is being taken advantage of? Honestly, it wouldn’t come as a shock to learn that LiLo was under the influence of a lil’ somethin’ somethin’ . . . but I think in this particular situation we might have to take LiLo’s word for it. There’s something a bit fishy about this whole event, or at least in the way this truck driver has chosen to respond to the event. The guy also, according to TMZ, “claimed Lindsay and her people took a mysterious bag out of her Porsche and told James not to mention it to police.” To see a pic of the crash click here.

Mysterious bag? If this is true, that “mysterious bag” could get LiLo into some trouble in the future — well, the contents of that bag could anyway. And with talks of her back on drugs, if this driver is telling the truth, things might get pretty messy for LiLo. What do you think about this situation? Poor Lindsay can’t seems to catch a break. Will things ever get better for her?