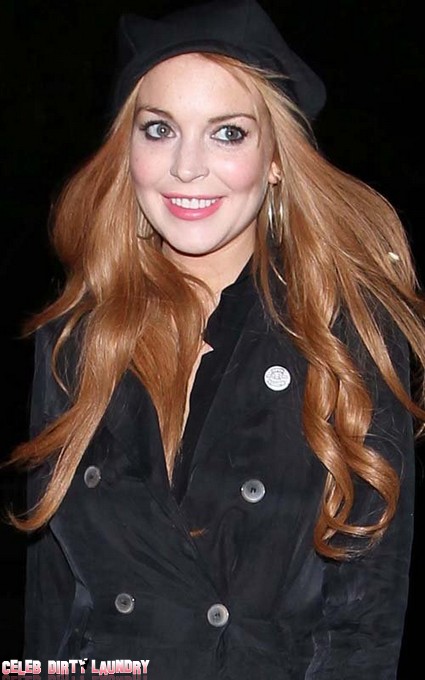 Lindsay Lohan was watching TV at home the night she was supposed to be brawling with another female at a nightspot in LA. That’s according to sources close to the troubled red headed actress.

The insiders have told TMZ LiLo was in front of the television catching up on her favorite TV show Homeland last Thursday night when the alleged altercation took place in Hollywood. Apparently she’s annoyed that even when she stays home to avoid any potential trouble she still lands herself in hot water with the Authorities. The alibi matches her Publicist’s denial that Linds was in any way involved.

The so called victim filed an incident report with the West Hollywood Sherriff’s Department. The women claims that she was talking to a male friend of Lindsay’s when she was set upon by the Playboy Playmate. So who is telling the truth? Is this woman just out for her 15 minutes of fame like LiLo’s publicist said or does she have a legitimate claim? Read more about the incident here Lindsay Lohan Investigated By Police For Nightclub Fight

I hope for Lindsay’s sake she was tucked up at home in bed with a block of chocolate and her Homeland marathon on the telly. The last thing she needs after getting off formal probation is another black mark against her name. She actually has an acting job to prepare for – playing Elizabeth Taylor in a new biopic. She can’t get sidetracked with more run-ins with the law. It’s time to grow up!