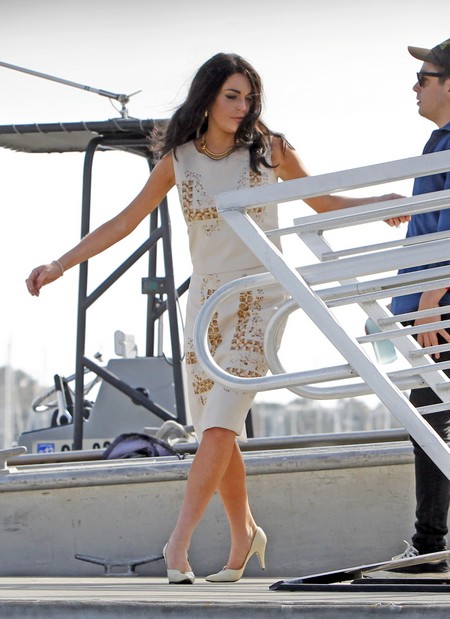 Lindsay Lohan says her brakes failed!  Lindsay keeps changing her story about how she managed to smash her rented Porsche into a truck and her latest excuse is that her brakes failed. Lindsay has a reputation for lying about her behavior and we have to wonder if this is another example.  Remember when Lindsay stole the necklace… she had so many different stories and excuses and they kept changing.

Now Lindsay Lohan’s car accident is threatening to take on a life of its own.  First we heard that the accident was the driver’s fault – he cut her off – then we heard from the driver that Lindsay tried to get him to cook up a story for her and leave the scene – then Lindsay denied the truck driver’s claims – and now Lindsay says her brakes failed!

Spare me Lindsay – the probability is that the brakes on your super-elite Porsche did not fail.  You just failed to use them properly.  When we reported at CDL that Lindsay went right to work on ‘Liz and Dick’ after being released from the hospital we were positive about her.  Now we are seeing more of that same old Lohan bullshit that always seems to wind up covering Lindsay and her excuses.

Hollywood Hiccups Reports: Lindsay Lohan was driving her black Porsche on the Pacific Coast Highway when it hit a large truck.  Lindsay is now claiming that the reason for the accident was her brakes failed and the driver of the truck cut her off.  The accident is becoming the usual Lindsay disaster, with the truck driver claiming that Lindsay tried to pay him off and Lindsay saying he is a big liar.  The truck driver, known only as ‘James’ has come forward claiming the troubled actress tried to offer him money to keep his silence as to the details of the crash — because, apparently, he says Lilo tried to leave the scene!

TMZ has more on Lindsay’s new claims: in the moments following the accident, Lindsay claimed the semi-truck cut her off … and that is what caused the accident. The driver of the truck told TMZ that was not the case and has witnesses to back up his tale.   According to our sources, Lindsay is sticking with the “truck cut me off!!!” story, but with a twist … she claims she slammed on the brakes … but nothing.  And get this … somehow Lindsay says she was told the brakes on the rental were replaced two days before the crash.

What can we say?  Why can’t Lindsay stay straight and just tell the truth?  Maybe it’s bred in the bone.  What do you  think?  When Lindsay Lohan says her brakes failed do you believe her? Does Lindsay just get picked on or does she deserve her bad reputation?