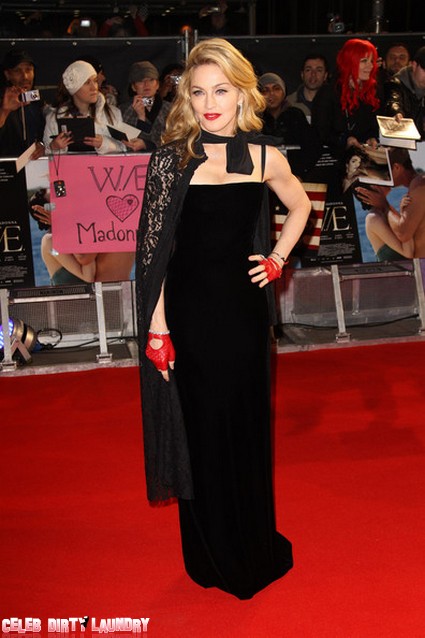 Imagine the royal romance of Kate Middleton and Prince William immortalized in film. Now imagine the film being made by Madonna herself – well that is what Madge wants to do for her next film project. Throw into the mix that Madonna has a crush on Kate and we can see the project working out well. Madonna has told the Mirror: “I like Kate Middleton and think she’s quite chic and intelligent. I hope she’s a fan of mine, too.”

Madonna made her directorial debut with the recently released film ‘W.E’, which tells the story of Wallis Simpson and King Edward VIII, says she wants to continue the theme of royal romance and shoot a movie about the couple as her next project.

However, she wants to give the royal pair – who married on April 29 2011 – “a decade” to settle in to their marriage before making any firm plans.

She explained: “I think maybe it is too soon to make a film about William and Kate but I definitely would if I could wait a decade first.”

Madonna claimed that she is a “romantic” but she can’t imagine anyone loving her enough to give up the throne for her, as King Edward VIII did for divorcee Wallis Simpson. Madonna said: “I can’t imagine being loved by someone so much that they would give up being the king of England for me.”

At 53-years-old Madonna is dating the 24 year-old toyboy Brahim Zaibat – who is almost 30 years her junior. The only thing the Material Girl had to give up for her current ‘romance’ was her self-respect.