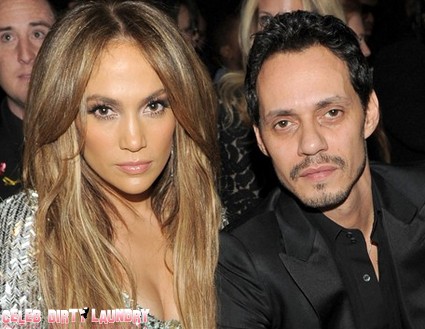 Marc Anthony tried to save his marriage to Jennifer Lopez. It’s been revealed he was holding out for a reconciliation after their separation last July. He really thought they could get past the split and live happily ever after. But when he gave J-Lo one last chance to make it work she dropped a bombshell – choosing toyboy Casper Smart over her baby daddy. Ouch!

According to TMZ …Marc and his former Missus had a heart to heart a couple of weeks ago. He thought she might be having second thoughts about their separation 9 months ago because he definitely was. He asked Jen if  she really wanted to end the marriage which produced their twins and made him very happy. But he was shocked by what came next…

Instead of deciding to give the marriage another shot for the sake of the kids or even contemplate a reunion…the American Idol Judge told him outright she was madly in love with Casper and he was the only man for her. Marc was blindsided. He knew they’d been seeing each other for a couple of months but had no idea they were really that serious. He was also very hurt and decided then and there that the marriage was OVER and headed straight to his divorce lawyer.

Of course he didn’t waste anytime after Jen chose Casper over him. Marc filed the divorce papers last week. Whether the confession pushes Marc to play hardball over custody is yet to seen – but this could be one messy split.

More J-Lo :Jennifer Lopez Rents A Public Beach For Herself