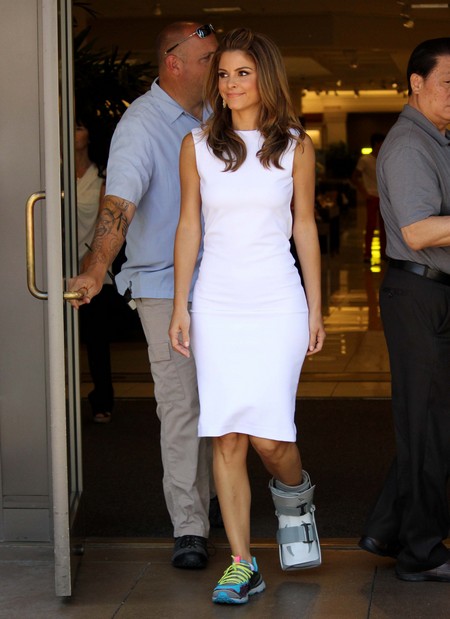 Maria Menounos molested by medical doctors is a horrible thing but that is what the host of Extra has revealed.  Maria made the shocking admission to the America’s Got Talent host Howard Stern while she visited his The Howard Stern Show. The 34 year old was the victim of two sexual assualts by physicians. She told Howard’s sidekick that she was told to change into a gown and that’s when she was molested.

She was young and went to the doctor over a throat problem and while she was in with the doctor he took things to far – he touched her private area’s. She was at the doctors office with her then boyfriend Kevin Undergaro who was waiting for her in the lobby. She literally wanted to scream. She didn’t know what to do.

When she came out of the doctor’s office she told her boyfriend who encouraged her to speak with law enforcement which she did but she didnt file charges.

The former Dancing With The Stars contestant said that wasn’t the only time something has happened to her like this. Maria said that a male doctor and even a gynecologist has made remarks about her belly button ring and he even touched it there have been other remarks that made her feel uncomfortable as well.

Its left he with so much fear she doesn’t go into a doctor’s exam room alone. Kevin Undergaro now accompanies her to all her doctors appointments. She made the news recently when she went on the Dr. Drew’s show Lifechangers. She said she wanted to freeze her eggs and wasn’t sure if she ever wanted to have kids.