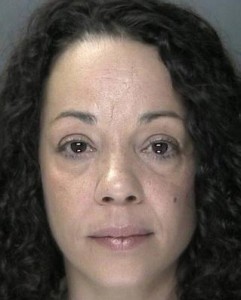 Mariah Carey’s sister Alison Carey Scott has been on the outs with her family for years but now she wants back into her family circle not only to end the feud but to be an aunt to Mariah and Nick Cannon’s twins Monroe and Morroccan.

Alison’s troubled life went public years ago with reports of arrests for prostitution and being HIV positive. Now she claims she no longer uses drugs and she wants to mend her relationship with her legendary sister.

She tells Britain’s The Sun, “I want to reach out to my sister and tell her how much I miss her and how proud I am that we are family… I cannot put into words how moved I was to see pictures of my niece and nephew for the first time. I saw photographs of them on the television just after they were born… They are absolutely adorable… I am sure Mariah is going to be a fantastic mother and her husband Nick Cannon, who I’ve heard nothing but good things about, will be a great father. I just wish Mariah would let me be her sister again and a proper auntie to her children. I know we have had so many problems over the years, but I want to reach out to her in the hope that we can make peace and mend the wounds that have torn our family apart.”

Apparently she tried reaching out to MC last year after she suffered a cancer scare but it was a no-go for a reconciliation. Scott explains, “I reached out to Mariah last year when a doctor told me I had liver cancer and only four months left to live. A relative told me Mariah decided she wanted to reconcile and she would pay for my treatment. But I never heard from her. It turned out to be nothing more than a gallstone. But it would have been nice if my sister had been there for me.”

And now Scott has a message for her sister she wants to deliver publicly since she isn’t having any luck getting through to her any other way. She says, “I’ve had my problems over the years but I want to tell Mariah I have been clean and sober for four months now and I am absolutely determined to keep my life on track. I really want our family to be together again, and watch my children playing with hers. If I had a message it would be, ‘Just call me’.”

You hear that Mariah? Maybe they can record a duet together? You know, Alison likes to sing too. She just isn’t as good as her sister. 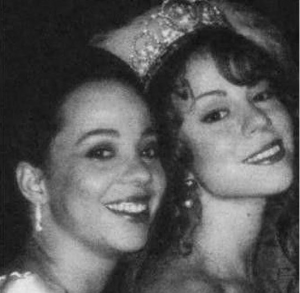