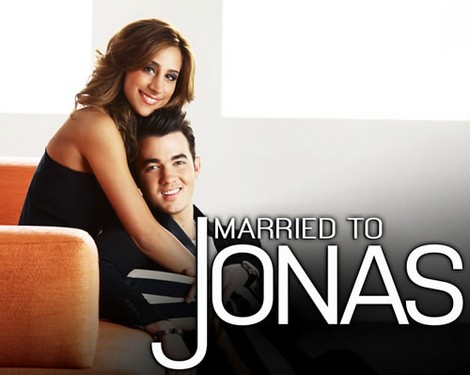 On tonight’s show called is called “Texas With The In-laws.”  Kevin and Dani visit the family’s Texas compound; Kevin’s mom pressures her son and Dani to have a baby.  Not only does she decide to pressure them but while they are having dinner with family and friends she brings their Spiritual Advisor, Bob, to have a conversation with them.  It seems Bob has a special message from God to pass on to Kevin and Danielle.

Bob is a family friend of Kevin’s mother and father and has been a part of their life since when he was born, he is a spiritual mentor for the family.  When Kevin’s Mom tells everyone that Bob has a message to share with the couple, Kevin is uncomfortable and says, “What are you doing Mom?”  But that does not stop Bob nor does it stop dear old Mom.

Bob takes the floor as Danielle wonders what is going on.  It seems that Bob has been praying for Kevin and Dani a lot and he felt impressed in his spirit that God was wanting him to talk to them about starting a family.  He tells Kevin and Dani to really relax, trust God, don’t be stressed out or feel any pressure at all and let you mind be quiet.  Poor Dani wipes away a couple of tears and Kevin is feeling frustrated too because the baby thing is chasing him everywhere he goes.  Kevin’s Mom feels everyone should be part of the conversation.

Tonight is going to be a great episode that you won’t want to miss, so be sure to tune in for our live coverage of E!’s “Married to Jonas” tonight at 9PM EST! Meanwhile, while you wait for our recap hit the comments and let us know what you think of season 1 of “Married to Jonas”, so far!  While you wait, check out the sneak peek video of tonight’s show below!

Tonight’s episode: Kevin and Danielle are visiting the Jonas family compound in Dallas, Texas. It’s a big house, decorated with leather and animal heads. Denise, Kevin’s mother and Kevin Sr., Kevin’s dad, Frankie, Kevin’s brother, welcome Danielle to the compound. Kevin’s grandparents are also there and his grandfather starts talking about grandchildren. His grandfather was recently diagnosed with cancer; he is one of the funniest and most amazing people Kevin’s knows.

Bob arrives at the house, he is the family’s spiritual advisor. Bobe shares with the family that he heard from the lord that he was wanting him to talk to Danielle and Kevin about having a baby. He tells them to trust God, let there minds be quiet and don’t be stressed out.

Kevin wasn’t happy that Bob spoke to him and Danielle in front of everyone, he felt that it should have been a private discussion. Kevin wants a family and he’s ready, but Danielle has more room to question it. Bob takes the two aside and tells them that there will be a  peace that will just start growing. Danielle doesn’t feel like she has peace of mind. She goes on to tell Bob that she was on medication for anxiety, he tells her that he is going to pray for her and wants her to know that God won’t give her anything that she can’t handle.

Danielle is worried about starting a family because Kevin is going on tour.

The next day, Danielle joins her mother-in-law for tea and honestly never spoke about tea this much in her life. Meanwhile, Nick flew in from London to spend time with the family, he and Kevin are skeet shooting with their dad who tells them that the tour starts in Austrailia and will last for four months.

At tea, Danielle tells Denise that she is looking forward to going on tour with Kevin.  The baby discussion comes up again and Danielle is really getting tired of it.

Kevin, Nick and Danielle head to the rodeo, Texas style and it’s a little culture shock for Danielle.

Danielle and Kevin are back at the compound, the whole baby thing is starting to weigh on Danielle because everybody is pushing it.

Kevin approaches his mom, he tells her that Bob was a little over the top talking about the whole baby thing in front of everyone. Denise tells him that she couldn’t help herself because she feels that they don’t spend enough time together and it’s almost like she just tries to put everything in when they are together. Denise obviously doesn’t like to be attacked, she drops the guilt on Kevin and tells him that his grandfather has cancer and he went to the rodeo. Kevin feels like he can’t do enough for everyone. Denise apologizes for bringing Bob over, then she makes a dig at Danielle for using paper napkins. Damn this woman is mean.

Kevin goes to see Danielle and tells her that his mom made a dumb comment about Danielle using paper napkins, this is why Danielle feels like she can never do it right for them. Kevin wants to protect Danielle, he loves her and she is his family, he needs to make decisions that are good for the two of them.

The family heads into the movie room and watch home videos of Kevin when he was young, it was really awesome and the family enjoyed the time together.