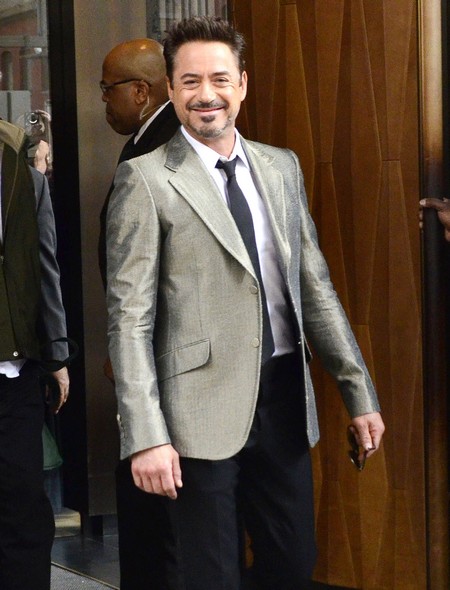 The underdog wins! Robert Downey Jr. is making major bank and I for one am more than happy for him.  He stands to earn around $50 million dollars for the film, Marvel’s ‘The Avengers.’

This from a person that has had his fair share of drug problems, so many problems that I think they named a wing after him in the rehab place, (I’m just kidding!), but he has been in and out.

Well the worm has turned and he’s gotten smarter with age, thank you bobocito because you’re so darn cute, OK back to my story.  ‘Iron Man’ that came out in 2008 grossed over $500 million dollars, which means that he has major box office appeal, why not strike while the iron is hot.

The Marvel movie ‘The Avengers’ has already made $1 Billion dollars at the box office so what is $50 million to them.  Now his co-star’s salaries are not in the same area as Mr. Downey’s, but to be honest none of their movies have grossed that much money at the box office.

Anyway did I like the movie, yes, do I want to watch hot guys in tight pants, yes, and did I enjoy the film, yes.  Well Mr. Downey congrats on the new movie it is absolutely fabulous, just like you!