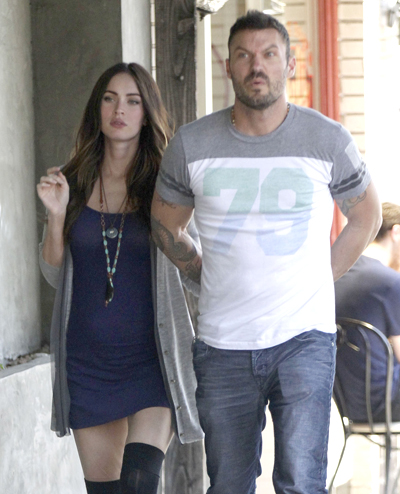 Just in case you had any lingering doubt over whether Megan Fox was indeed pregnant with her and husband Brian Austin Green‘s first child together, these photos over at PopSugar.com should put your second-guessing to rest.

While the 26-year-old actress has not officially released a statement confirming her pregnancy, the photos seem to be Megan’s visual press release, as she showed off her enormous baby bump (seriously, when did she get so big?) while wearing a bikini and sarong over the weekend in Kona, Hawaii.

Hawaii must have a special place in the couple’s heart, as Megan and Brian got married there back in 2010 and are currently enjoying a babymoon, a day after celebrating their second wedding anniversary. Read More: Megan Fox Is Talking About Her Boobs Again

The couple posed for photos, kissing and hugging each other, and Brian even planted a smooch on Megan’s belly. Awww!

They are going to have an adorable baby together!