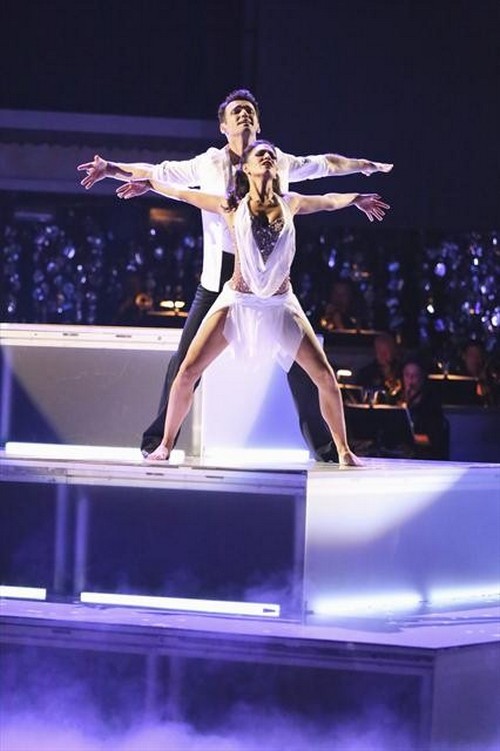 Melissa Rycroft chose her Instant Dance and chose to dance a Samba routine, on Dancing with the Stars: All-Stars season 15 finale show tonight.  On tonight’s show our three finalists go head-to-head for the Mirror Ball Trophy.  All three couples will an instant dance routing.  They’ll be given their music and dance style just minutes before they must perform live to complete the judges’ scores. If you missed tonight’s finale show, we recapped it HERE for you and if want to see any of tonight’s performances you can go HERE!

Judges’ Comments:  Bruno: “You turn into a South American Siren, slinky with a touch of rock and roll. The music was not as Latin as it should have but you compensated.”  Carrie Ann: “Throughout the season you showed us nothing but grace but your rushed the dance a bit. But you guys have been stellar”. Len: “The thing was the interpretation was not quite like it was last night. But having said that you have been my greatest joy to watch.”