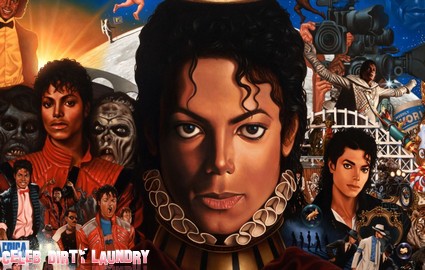 Did Michael Jackson do a Milli Vanilli? Did the posthumous release ‘Michael’ feature someone pretending to be the King of Pop? That’s what his daughter Paris Jackson is saying…

According to TMZ she revealed all during an online chat a couple of years ago. In the recording – which is yet to be released – she tells friends that the ‘Michael‘ album – which hit the shelves in late 2010 – did not actually feature the Peter Pan of Pop. The CD featured several previously unreleased tracks allegedly performed by Michael. She says the singing was done by a very good sound-alike.

During the online chat Paris played a song from ‘Michael‘ called Hold My Hand. Someone asked why it didn’t sound like her Dad. What did she say? ‘It’s NOT him … the whole album isn’t even him!! Go online … go on YouTube and look up Jason Malachi. That’s him!! I should know if it’s him or not because he would sing to me all the time.’ That’s a good point!

It’s not the first time the vocals on the record have been questioned…but Sony and the singer involved have always denied the allegations. Itwill be interesting to see what response they get when Paris’s bombshell is made public. Apparently a recording of the chat featuring the explosive allegations is being shopped around at the moment.

If the allegations are proven it could be very damaging to the MJ brand. In death his record sales have soared. Michael Jackson Tops Highest Earning Dead Celebrities It’s amazing what an untimely passing can do for a back catalog.