BY Danity Donnaly on May 30, 2012 | Comments: one comment
Related : Celebrities, Sports Celebrity 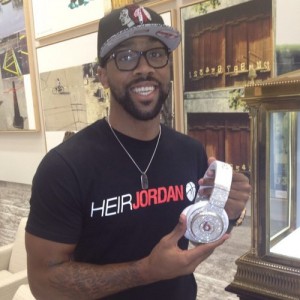 If you take a peek at Jordan’s Twitter account now (go here) you won’t be able to see the status because it has since been deleted. I highly doubt that the message was supposed to be published for us all to see.

As for Jordan’s biography, Marcus was born on December 24th 1990 to Michael and then wife Juanita. And no big surprise here but he is also a baller like his daddy, as in basketballer. And he’s really not too bad. Like his older brother Jeffrey who attended Loyola Academy and then transferred to University of Central Florida (UCF) to play ball, Marcus is currently playing ball at UCF in Orlando.

For more on his basketball skills go here. It sure looks as if daddy taught him a thing or two on the court.

Jordan has an older brother Jeffrey (whom we mentioned earlier) and a younger sister, Jasmine.

Check out photos of Marcus Jordan below.