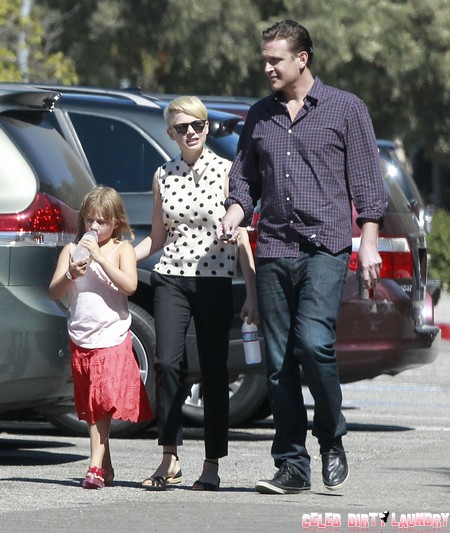 Michelle Williams has been flooded out! Michelle Williams, the actress who portrayed Marylin Monroe in the movie of her life, and boyfriend Jason Segel were flooded out of their Brooklyn, New York apartment.  They live in the Red Hook neighborhood and on Monday October 29Hurricane Sandy hit the East Coast and virtually left them homeless.

They are fine, no one was injured including Michelle’s 7 year old daughter Matilda.  I am not surprised that Michelle is out-of-doors because that storm left a lot of people in the tri-state area out of their homes and also power. It was a bad one I can tell because I’m on the East Coast.

Both Michelle and Jason live in a renovated warehouse which is right off of the water. Poor bobocitos they didn’t stand a chance, not with eight foot waves crashing down on all the surrounding communities and the roads.  This is just a lesson to everyone – a hurricane is nothing to play with and yet a lot of people did not take enough precautions.

Moving right along, a FEMA truck was at the warehouse last week getting rid of damaged and ruined items.  They are now staying in Michelle’s Brooklyn brownstone in the Boerum Hill neighborhood.  This is the same home she lived in with her late ex-husband Heath Ledger.  I remember when Michelle first started dating Jason.  All the naysayers were saying, “Oh there not going to make it, Michelle doesn’t want to be involved too quickly, she’s not ready”.  Let me tell you something, if a man sits with you during a hurricane especially knowing you’re going to get hit full on, well there must be something of substance to him.  He does not seem like the typical Hollywood light weight.   So I say good luck to the both of you and I’m glad all three of you are alright.