Mila Kunis And Ashton Kutcher Are An Official Couple 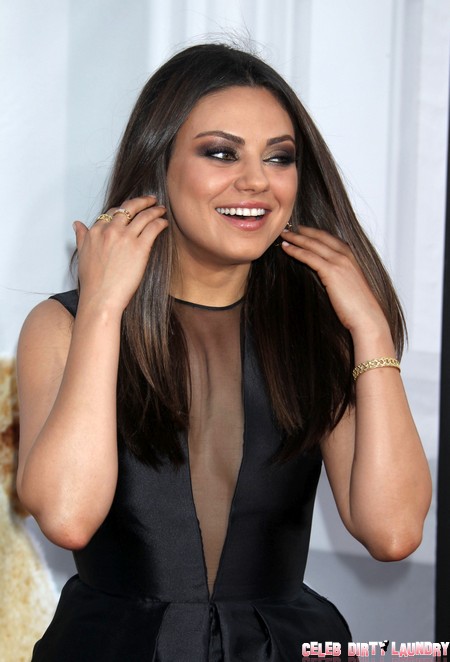 Remember back in April when Mila Kunis insisted that she was not dating Ashton Kutcher? They were just friends, blah-blah-blah. Well it looks like whatever wasn’t going on back then sure is now. Neither has really commented on their status since April, but the (visual) proof is in how much they are seen together, and where.

Life & Style has been trailing the duo and offers this report: Mila Kunis and Ashton Kutcher sure seem to be getting serious! Life & Style can reveal the intimate details about their romantic dinner at LA restaurant Giorgio Baldi on June 23 — which was a triple date with two of Mila’s closest friends and their significant others!

“They came in around 8 p.m.,” an eyewitness reveals to Life & Style. “They joined two other couples: Mila’s managers, Susan Curtis and her daughter Cami Curtis, as well as their husbands. They all seemed like good friends.

“Mila and Ashton looked very close, like a couple, and the mood was relaxed,” the eyewitness adds. “They really stood out. It’s one of the most romantic places you can take a girl.”And Ashton couldn’t stop staring at the 28-year-old brunette beauty.

“They ordered wine,” the eyewitness tells Life & Style. “He looked really into her. He didn’t take his eyes off her once. He was totally focused and kind of fussed over her. You could tell he really likes her. It was cute. She was all dolled up. It’s very obvious that they’re dating and are really into each other. Friends don’t have Saturday-night dinner dates at Giorgio Baldi!”

The duo were first spotted together earlier this year. In April, they embarked on a three-day road trip to Carpinteria, Calif. And Mila has since been spotted leaving Ashton’s place in the morning on several occasions. Just last week, they were seen grabbing frozen yogurt at Menchie’s in Encino, Calif.

“They definitely tried to keep a low profile,” an eyewitness at Menchie’s tells Life & Style. “They were on a date for sure.”

I have to admit, I have never understood Mila’s taste in men.  I mean, she obviously likes the broken kind. But are Mila Kunis and Ashton Kutcher dating or just having a fling? What do you think, is it a love match?  Are Ashton and Mila headed for a real romance or will it fizzle fast?  Tell us what you think in the comments below!